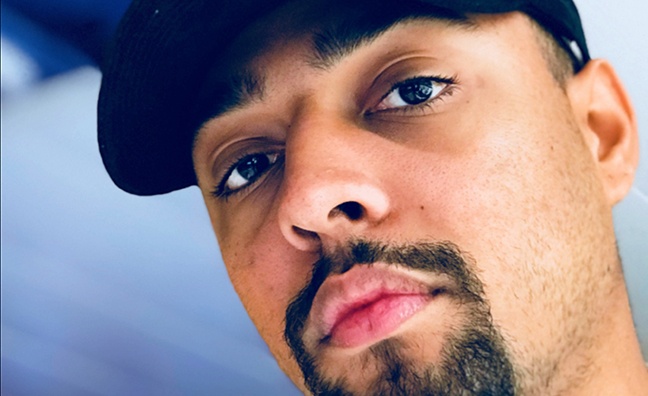 Each week, Music Week profiles the brightest new talents in the business. This week, Joel Quartey, marketing manager at Columbia, tells his story...

How did you break into the music industry?

At 15, I did work experience at Polydor in the A&R department. I decided then that I wanted to work in music, but once I had finished my placement I had no idea how to get back in. It wasn’t until I was in my first year at university that I put all my efforts into making something happen. I landed a placement at Octagon Music and then got another at XL Recordings (by tweeting Richard Russell) and one at Warner Bros Records (from someone I had met at a networking event). All of these were unpaid. After I graduated, it took me about a year of applying for jobs before I got a position as marketing assistant at Columbia, where I’ve been ever since.

What’s your proudest achievement so far?

One of my earliest was assisting on Mark Ronson’s Uptown Funk campaign, which went on to be one of the biggest selling single of all time. More recently, I led campaigns for LCD Soundsystem and Tyler, The Creator, which saw both have their highest UK chart positions to date. I’m also really proud of Khalid’s single entering the Top 20 (and still growing) and Snakehips having now sold more than five million singles worldwide. There are also amazing moments like Wizkid selling out the Royal Albert Hall, which was a defining moment for African Music and the wider culture.

What do you enjoy most about your job?

The opportunity to be both creative and analytical. Getting to watch an artist like Khalid grow is really rewarding. I’m also lucky to work with so many talented individuals who I learn from every day.

Late nights and early mornings. Being across so many aspects of multiple campaigns can be a challenge too, especially when things don’t go to plan - which happens more often than you’d think - but I think it’s character building.

What advice would you give to those looking to break into the biz?

The first question I would ask is, ‘Why do you want to work in music?’ If it’s for the glamorous lifestyle and pics for Instagram then you’ll be disappointed. Yes, there are lots of perks but that should not be your main driver. My biggest piece of advice is to be out meeting people - you never know who is going to give you your next job and relationships are key! Offer your services even when they are not asked for, work very hard, be proactive and never be late! If it’s meant to be, it will be.

To be remembered for having a positive impact on artists’ careers, but also to play a part in diversity being represented at all levels of the industry.