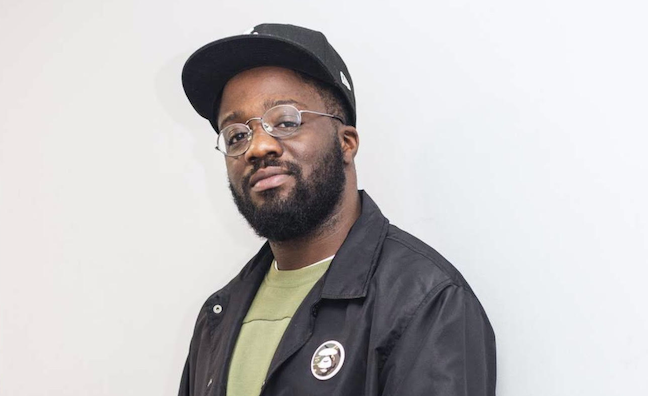 What has your journey through the music industry been like so far? How did you get your big break?

“I had just finished university with aspirations to get into the music industry as an A&R, but I didn’t have any kind of network. So I attended as many networking events as I could, eventually connecting with Nyge [Nyandoro Kelly, producer], who at the time was working on Section Boyz’s [now known as Smoke Boys] single Lock Arf. Shortly after that I ended up managing him. Eventually, through this connection, I was introduced to AJ Tracey, as Nyge produced his hit single Butterflies. Nyge then went on to help Yxng Bane and DBE create their song Gucci Mane. So in a short period of time, we produced two songs that ended up in the top half of the charts. This gave us our first publishing deal, and me a job as an A&R at Parlophone.”

Did you have any idea what the industry would be like before you got into it?

“I had no idea what to expect, but what did surprise me was how much work was going on behind the scenes. And how many people are involved in launching an artist’s career.”

I have to understand the artist’s creative process

What excites you most about the industry right now?

“I am excited about the digital era, with artists and producers making chart-topping singles from their bedrooms. I’ve seen this in producers I manage like Nyge, Nathaniel London, Remedee, Clonez and Gibbobeats. I’m currently working on launching two acts called Iceé TGM, aka Tha God Muva, who will be making waves this summer, and Adzmilli, who I believe is part of the next generation of music superstars.”

What’s the best part of your job?

“The most fun part of my job is being in the studio, being around the creatives as they work on their projects. As an A&R acting as a proxy spokesperson I have to understand the artist’s creative process – that gives you an insight into their personality, which helps when speaking on their behalf.”

Tell us the projects you’re most proud of...

“Creating the song Return Of The Mac with cult favourite MizOrMac – it showed me that you are able to reap the rewards of time and effort. Plus I did some freelance work with AJ Tracey and helped on his hit single West Ten and the album Flu Game.”