Women In Music Awards 2022: Businesswoman Of The Year Chloë Roberts 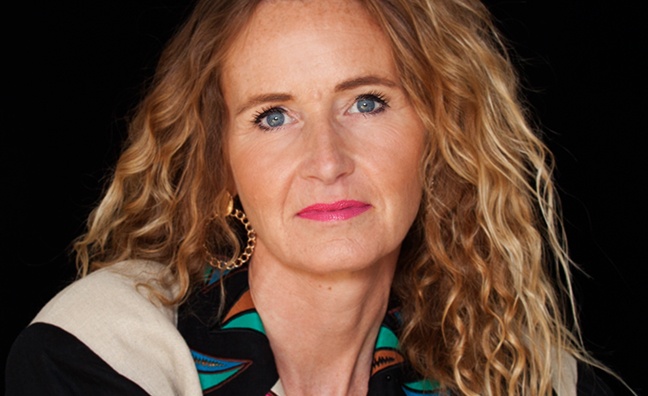 At the Women In Music Awards 2022, we celebrated the achievements of 12 game-changing executives and artists as the industry came together to honour their work.

Music Week has spoken to all 12 winners to tell their stories.

Away from music, Roberts invented and patented the successful baby product LapBaby while on maternity leave with her first child. Launched in 2016, LapBaby has become an unexpected must have within the wheelchair parenting community.

Roberts has a lifelong interest in Buddhism and has completed multiple meditation retreats in India. She was the executive producer of His Holiness the Dalai Lama’s official album Inner World, released in 2020.

Here, Chloë Roberts looks back at her career, opens up about the importance of operational roles and shares the vision for Young…

How does it feel to be recognised at WIM?

“I was really surprised, to be honest. And that’s not because I don’t think I’m worthy, it’s because I work in operations. In my experience in the music business, and probably in most other industries as well, the awards tend to go to the strikers, the people up front. So I’m really pleased that Music Week has recognised that those of us who work in operations can be goalscorers. What I love about operations is that I get to work the whole pitch. I feel quite passionate about putting the message out there that people who work in administration are scoring the whole time.”

It is said that women can often be routed towards organisational roles and don’t get the credit for what they then go on to do. Would you agree with that?

“I have a job I love. And that’s because I’m equally passionate about the artists, the A&Rs and the creative people on one side, and then on the other I’m equally passionate about business. So I think CFOs, COOs and everyone around us, we just need better branding, we need our own PR campaign. You would put the CEO on the cover of a magazine, or reach out to ask their opinion, when the COO, the CFO would know just as much about the climate of the business. And, you know, not everyone feels comfortable being the voice of a business and that’s fine. So this award is for the lawyers and the accountants and the HR managers and all the other operations people.”

You work across all areas of the business: records, publishing, managing the Young space, events. How do you prioritise?

“Prioritisation is a really big focus, it’s something we talk about quite a lot here. Tech has invaded our lives, and there are positives and negatives to that. But it does mean you get countless things to respond to each day. One of the first things I did at Young was implement a monthly meeting where we all come together and each person chooses three things they will make a priority that month. The purpose of the meeting is to acknowledge that your inbox is not your to-do list. For me, personally, I print out my three things and each morning I think about how I can focus on those and what else needs to be done, the general firefighting.”

What I love about operations is that I get to work the whole pitch.

You’ve renewed Young’s publishing partnership with Sony. Can you tell us some more about that?

“It’s been one of my highlights, growing an incredible independent publishing company and partnering with Sony to do that. I don’t want to say it's the focus of the business, because each division is very strong, the management business, the record business, the music publishing business and Young Space. But I was a little nervous when I joined because one of my tasks was to look at growing the business. I’m used to growth just meaning getting bigger overall, but growth can also mean doing the right things in the right ways, in ways that are authentic and organic, rather than just growth for growth’s sake. I think that’s how it’s been with the publishing side, working with incredible artists and songwriters who have a clear vision, who want to be part of an artist-led company who are really open to nurturing and developing their art.”

Robyn is a recent addition to Young’s management roster. Is there anyone else who will be joining?

“There’s no one who can be announced! But we are getting more and more approaches from composers. A lot of our artists compose and have done work scoring films or video games. It’s an area that seems to be coming to us, in terms of representation.”

In terms of staffing and HR, what do you bring to your company?

“I think I bring leadership, which – and it’s taken a while for me to realise this – isn’t for everyone. It’s quite challenging and you don’t often get called with good news and you’re not always delivering good news. So doing it in an emotionally intelligent way is quite challenging. I also bring the experience I gained in artist management, where everything has to happen right away. So I know how to act with pressure and urgency.”

Can you shed some light on how you implemented the plan for Young’s new studio space and HQ? What kind of a home are you creating for the business and what can it bring to the industry, artists and execs alike?

“A lot of my friends in the industry are asking me, ‘What are you doing post-Covid? Are you telling people they have to come in, or come in on certain days?’ That isn’t something we’ve had to think about because everyone wants to be here in this building. I’d say it’s like a physical manifestation of Young. At its heart it’s an artistic incubator. We want to create the right environment for artists to create, but also for our staff to develop and grow and do what we’re brilliant at and what makes us happy. We have five studios, one of which is Foundation FM, the radio station. We have a shared workspace which is home to Young and all sorts of other businesses across music and the arts, filmmakers, creative directors, music supervisors, all sorts. I think what’s beautiful about it is that it’s big enough for people to work privately, but small enough for us all to know each other. There’s a real sense of community and an opportunity for collaboration. Then we have another artist, our cook, who creates the most delicious vegetarian meals and we all come together and stop working. That could be an artist or someone who’s there as a guest. It makes us a community.”

Finally, what does the future look like for you and what kind of legacy would you like to leave?

“The future is Young, the birth of this incredible business space and the opportunity to work across all the different divisions of the organisation. I also hope I continue to learn. I've always been a very curious person. I want to develop as an executive, but also as a human being. As for legacy? I’m not interested. As long as I’ve helped some other people grow and flourish, that’s fine.”