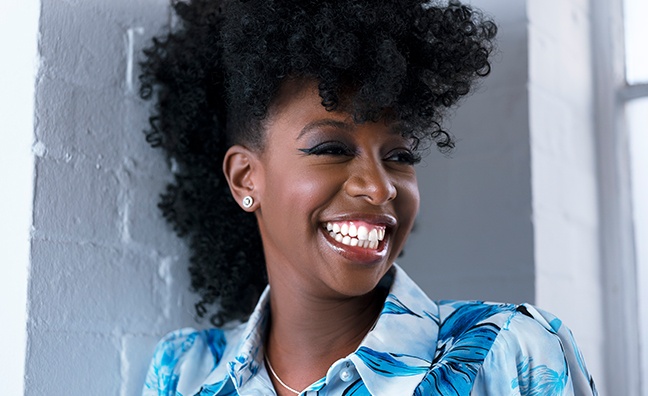 At the Women In Music Awards 2022, we celebrated the achievements of 12 game-changing executives and artists as the industry came together to honour their work. Music Week has spoken to all 12 winners to tell their stories.

Fresh from one of the most memorable acceptance speeches in Women In Music history, YolanDa Brown, this year's Music Champion (category sponsored by Perfect Havoc), traces her steps through the industry so far, including winning big at the MOBO Awards, campaigning for change and working with Sesame Street's Elmo, who starred in her tributes video...

As an artist, YolanDa Brown is a double MOBO Award winner and has toured with The Temptations, Jools Holland’s Rhythm and Blues Orchestra and Billy Ocean, while her past collaborators include Dave Stewart, Kelly Jones and Rick Astley.

In July of this year, Brown was appointed chair of the BPI. A champion for the importance of music education, she is also chair of Youth Music, sits on the Arts Council National Council, is a trustee of the PRS Foundation, serves as an ambassador for the Prince’s Trust and London Music Fund and sits on the advisory board of the London Philharmonic Orchestra. Brown was recently invited by the Department Of Education to sit on the advisory panel of the National Plan For Music Education.

During the Covid pandemic, in collaboration with with Sony Music and Twinkl, Brown rolled out her bespoke online music lesson plans for teachers, parents and pupils in primary schools across the UK. In 2018, alongside James JP Drake, she launched the Drake YolanDa Award, which offers grants to emerging artists.

Brown also works across TV and radio and is currently composing music for Sesame Street. Past projects include her eponymous series for CBeebies, YolanDa’s Band Jam, while she also hosts a Saturday show on Jazz FM and is a co-host on BBC Radio 4’s Loose Ends.

To celebrate her Women In Music win, Music Week spoke to Brown about role as a music champion and how her early days as a musician helped her relate to those coming up today.

Congratulations on winning this year’s Music Champion award! What does being a music champion mean to you?
“For me, winning this award follows the main phrase that I take with me everywhere, 'You don’t need to wait to be a multimillionaire to give back.' You can champion music by making it, enjoying it, listening to it, but also by encouraging others. I think that's been something I've made sure to do in my career, whether it be through music education, touring and bringing the world of jazz and music to a wide variety of people, or through broadcast TV and radio.”

How were you encouraged to get into music at a young age?
“By having parents that really listened to me and encouraged the different things I wanted to do. So from playing the piano at age six, then through to the violin and the drums, I've played so many different musical instruments. And I remember at 13 saying, 'Can I try the saxophone?' And they could have easily said, 'Look, you are already playing the piano, the drums...' But they indulged me and got me a saxophone teacher and then music just opened up in a whole new way for me in those teenage years. It has been a way to express myself without having to use words, and to make up my own music.”

The industry is ready for opening up and changing things

Why was it important for you to establish your own music, and how does that encourage new talent?
“Again, I remember those points in my career where I’d get paid for a show and know that it was going to go towards my marketing, my next album or paying the band, studio costs or booking my own venue so that I could create a platform to perform on. And, yes, there are opportunities to come and perform for exposure, but artists do need financial help, so setting up the Drake YolanDa Award was to help those artists that need that extra financial push. Working alongside [philanthropist and entrepreneur] James Drake to set this up, and giving 10 artists every year £3,000 and another 10 artists £500 has been great. And it's not just the money, they get to network and collaborate with each other, understand what royalties are and how you get booked on to festivals and so on. That's something I wish I'd  had more of.”

What do you think you've learned from those who've been recognised?
“It's about being a part of something that's bigger than you. You’re part of making an industry that on the outside is giving entertainment and joy to so many consumers who love music. It has created a soundtrack to their life, but then within the industry so many people are striving to do better. To be a cog in that massive machine is an absolute joy.”

How did it feel to be named as chair of such a respected organisation as the BPI?
“It’s amazing. Just the mere fact of them listening to my ideas and my strategic thinking of where things could go and getting in line with that and bringing me on board is fantastic. That just shows how much of the industry is ready for opening up our mindset and changing things a little bit. Now I'm in the position and meeting amazing people that have been in the industry for decades, and also people that really want to see different things happen. I'm really excited about what the future holds.”

So was taking on the role another way to be a music champion?
“Absolutely. In all of the different things I've done, being able to work alongside majors and independents has always been something I've been interested in. I've been working in this industry myself for nearly 20 years as an independent artist, you know, so it's really nice to be able to bring my perspective to the table.”

I want to get as many young people making music as possible, no matter the barrier

Already, you’ve been quickly tasked with finding a new CEO. How have you found the process?
“It's been really good, actually, because I've had to meet various people and understand the history of the BPI and know where it's going to go next, so that the future CEO shares those views and I can understand where it's going to go and what their plans are. [Outgoing CEO] Geoff Taylor is amazing. I love the way he thinks and I wish I had more time to serve with him. Change is always an interesting process and this is a time of change for many. But again, it's part of the role and the job and I'm taking it on with both hands.”

You are also chair of charity Youth Music, what are your priorities with that organisation right now?
“The main thing for me is that every child in Great Britain should have the chance and the opportunity to make music. We're still living in a time where in schools there's no music leadership, there's no music making happening at all. It's about that emotional connection music can give you, that freedom of expression without thinking, 'Is this right?' 'Is this wrong?' Allowing young people to have that will also enhance other areas of education. So it's about how we can facilitate that for schools and for teachers, that knowledge of teaching music, but also for outside organisations going into schools and offering that service. It’s about making sure we can get as many young people making music as possible, no matter the barrier, be it disability, socio-economic, being in the criminal justice system, being in a remote area where there's no opportunities... How can we make that change? That's very important to me.”