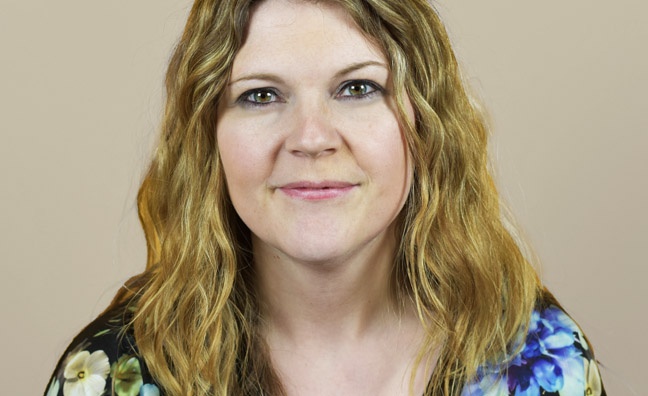 “I feel so incredibly proud. Ever since the awards started in 2014, I have felt so inspired by all the amazing women in music and what they had achieved despite the equality challenges we still face in the music industry. I always aspired to one day get on the coveted list, so I’m thrilled and very humbled to be here among my peers.”

How do you look back on your early years getting into the industry? What challenges did you have
to overcome?

“I studied BA (Hons) commercial music at Westminster University and I managed to get work experience at S2 Records in my final year. I worked with the legendary Muff Winwood and Lincoln Elias, which I loved and I learned a lot. When I graduated, there were no jobs at Sony, but there was one next door (at the time) at Sony/ATV Music Publishing, so I started there as A&R assistant. There I learnt the craft of song plugging and working creatively with songwriters and never wanted to do anything else. I was made redundant from Sony/ATV at 24, which was a big shock, but it taught me resilience and the importance of believing in myself. I then went on to consult for BMG Music Publishing/Universal Music Publishing, Zomba, V2 and Playstation before settling back at the new BMG, where I’ve been for 11 years.”

Never apologise when asking for a pay rise – men don’t!

“My mum and dad, who are both musicians themselves, really supported me. They gave me great advice, as they know how tough the music industry can be. They really encouraged me, especially when I’d been made redundant, which obviously knocks your confidence, especially as it happened at such a young age.”

“Signing writer/producers TMS and fellow Women In Music Award-winning songwriter Camille ‘Kamille’ Purcell. Both of their publishing deals were incredibly competitive, so to be able to bring them to BMG was a huge coup for me and I am incredibly humbled to be able to work with them. To be part of the team going to the Grammys last year with TMS for their nomination for Song Of The Year for Someone You Loved by the BMG-published Lewis Capaldi is a moment I will never forget with how successful that song has become. And with Kamille, to have two consecutive No.1 singles with Jess Glynne’s I’ll Be There and Solo by Clean Bandit and Demi Lovato is no mean feat. She goes on to write hit single after hit single, so I am immensely proud that I have been able to work so closely together with them.”

“It’s the same advice I’d offer to young female or male executives – work hard, be yourself and never believe the hype! Don’t compare yourself to others, which is easier said than done, especially for females where confidence is usually an issue. Just concentrate on what you want to achieve and never apologise when asking for a pay rise – men don’t!”

What’s the best piece of advice you’ve ever received?

“Trust your gut. Especially working in A&R, there have been some hairy moments when you’re trying to sign a writer and the deal is getting very competitive and expensive and you have to decide whether to go for it or walk away.”

On so many levels, 2020 has been a year of unprecedented change in the music business and, indeed, the world itself. What’s been the biggest lesson/revelation you’ll take away from it?

“This year, I’ve learned that, no matter how bleak situations seem at the time, that there is light at the end of the tunnel and they will make you stronger. I will never forget this year for many reasons.”