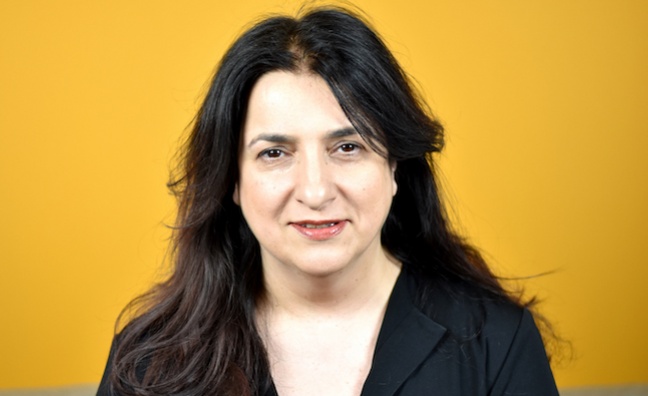 Previously a mentor of the Bertelsmann Cross-Divisional Mentoring Programme in 2019, Latif has also been a devoted and passionate member of the committee for BMG’s diversity initiative and employee resource group, The Network, since its inception in 2018. She is also a member of the BMG UK Diversity, Equity and Inclusion Council, and sits on BMG’s Global Diversity, Equity and Inclusion Council.

Here, Berrin Latif opens up about industry achievements, mentors and offers advice for the next generation of executive talent...

“I am so grateful for the recognition and being included amongst these amazing women. Thank you!”

“I joined the industry directly after school with no idea what to expect, no specific goals, and no long-term plan other than the desire to work in the music industry.”

“In my first job, my manager (Darrell Rushton) in the royalties department was very supportive and taught me a lot about the industry.”

“Studying for a law degree and legal practice course and finally qualifying as a solicitor is probably one of my biggest achievements. I decided after a few years of working that I wanted to study law. I continued working full-time and studied part-time about three evenings a week for four years. The legal practice course which followed the degree was around two evenings a week for a further two years. There was no guarantee where this would lead but it was something I wanted to do, particularly as I had left school and had started work quite young.”

Avoid communicating solely via emails and if possible, talk over the phone or, even better, speak face to face

“Do not be disheartened when things go wrong or not as you had hoped, it happens and it’s about how you deal with those situations and what you take away from it.

"Avoid communicating solely via emails and if possible, talk over the phone or, even better, speak face to face. You gain so much more from a discussion.”

“Work hard and try your best.”

“Remote working is not for me – I like working in the office and being in an office environment as well as seeing people. To me working at home really loses the 'working in the music industry' feeling that you get from the office.”