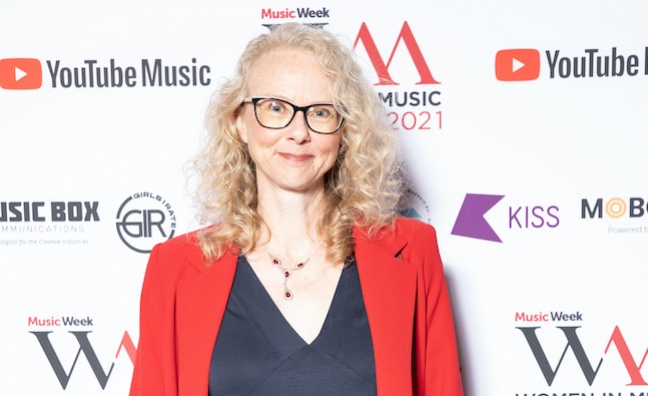 Beverley Whitrick is the strategic director of Music Venue Trust, a charity created in 2014 to protect, secure, and improve the UK’s vital Grassroots Music Venues (GMVs).

This project presented an opportunity for Whitrick to combine her existing skills and experience with learning more about the UK music industry. She was for a long time the only full-time member of staff, running the charity, developing the Music Venues Alliance (an association of GMVs with now over 900 members), and producing the annual national networking event Venues Day.

Here, Beverley Whitrick opens up about industry achievements, mentors and offers advice for the next generation of executive talent...

"I am incredibly proud to have been chosen, particularly as Music Venue Trust is such a young and small organisation. It is wonderful to see representatives of small projects through to large companies on the Roll of Honour, as it demonstrates that women are playing key roles across the music industry and being recognised for their work. I share this award with the other women on my team, and the men who are so supportive of our development and visibility."

"Working in the music industry is something that has happened almost by stealth for me; I have worked in culture for a long time and gradually become more music focused professionally. To build a career in any creative field you need to work really hard and network like crazy. If you are passionate about your work then people will notice that and opportunities will come along. I was lucky in developing a pre-motherhood career and then having the chance to pick things up after taking a few years out - so it feels a bit like I've done it twice (with a little more confidence second time around)."

"I was fortunate to work with a handful of strong women in the Arts Development field. Being encouraged and supported by women in senior positions was powerful for someone in their 20s. I would also like to thank friends who worked in the music industry who were/are my peers for always being interested in what I did and talking about what they were doing. It laid a foundation for me to develop further into music industry work later and underlines that a mentor does not have to be older than you, they just need to be supportive and available to you."

"As a practical person my skill set is problem-solving, creating and adapting systems and presenting solutions. I certainly did not come up with the concept of Music Venue Trust (that was founder and CEO Mark Davyd) but I played an instrumental role in taking the idea and turning it into a project and then an organisation. Many great ideas never fulfil their potential because it takes a combination of skills and sensibilities to realise a concept. We were fortunate that MVT was nurtured by a small group of enthusiasts and we could build on that. The charity was created in 2014 and has grown to be internationally recognised for its work to protect, secure and improve the UK's grassroots music venues (GMVs), a term I suggested we use in preference to referring to 'the toilet circuit'!

"Fundamental to MVT's development have been annual national networking events, Venues Day 2014 onwards, which I produce. At the first of these we established that venues would like to have a collective to work together and subsequently created the Music Venues Alliance. I was delighted when 30 venues formally joined and it has now grown to over 900, the largest GMV association in the world. It is no longer a spreadsheet on my computer but an established collective. I would consider the building of a movement and the increasing recognition for the importance of GMVs as cultural, social and economic hubs in their local communities and as the research and development department of the music industry to be my greatest achievement to date."

"Be well informed so that you can be confident that you should be in the room. Be noticed for your enthusiasm and commitment to learning and contributing. Don't be afraid to ask questions if there are things that you don't understand, but do not underestimate or underplay what you know - many women will defer to more confident men when they have equal knowledge and expertise. Accept opportunities to step forward and talk about what you do and know - public speaking can be daunting, but it gets easier the more you do it and can inspire others. Most of all, be supportive of those around you and try to recognise when people are helping you as much as you can help others. Remember that allies come in a variety of forms so listen well so you can nurture others when it is your turn."

"My mum once told me that if I didn't understand something I should ask about it because it was likely that someone else (less confident than me) didn't understand either. Although this was specific to sticking my hand up in the classroom I think it is pretty good advice for life. Speaking up has never daunted me so I try to remember that I need to do it for others as well as myself."

"Live music is important to many many people. I knew this and was grateful to see it manifesting in the #SaveOurVenues campaign during 2020 which brought together so many music fans, artists, music industry organisations and other supporters to raise money for grassroots music venues. Lots of us felt trepidation about music reopening and there was much discussion about whether audiences would return. Of course some people are still being cautious but the live music community is passionate, resourceful, responsible and joyful - the evidence that what we all do matters is all around and has been wonderful to see."

Is there a young woman you'd like to shout out who you think is a rising star in the industry?

"Clara Cullen, Music Venue Trust's venue support manager. Clara first volunteered for the charity at the national networking event Venues Day 2017, where she took it upon herself to organise other volunteers who were less focused than she was. When we subsequently appointed administrators, Clara's application stood out and she joined us part-time later that year. She has learned so much and committed to building her own skills and developing the organisation. As Venue Support Manager she runs our Emergency Response Service for venues facing threats so during the pandemic she headed up our Crisis Service, coordinating the many professionals who contribute to the support services MVT offer to grassroots music venues. Clara is still in her 20s and clearly has a bright future - we are lucky to have her as part of our team."

Similarly, is there a young woman artist whose music you're enjoying right now/excited about?

"So many! Ren Harvieu and The Anchoress both released albums last year which I have played repeatedly and love. I am also very excited to see Nova Twins playing support slots on so many tours and being given access to the audiences they deserve. I love their energy and can't wait to see where they go next."