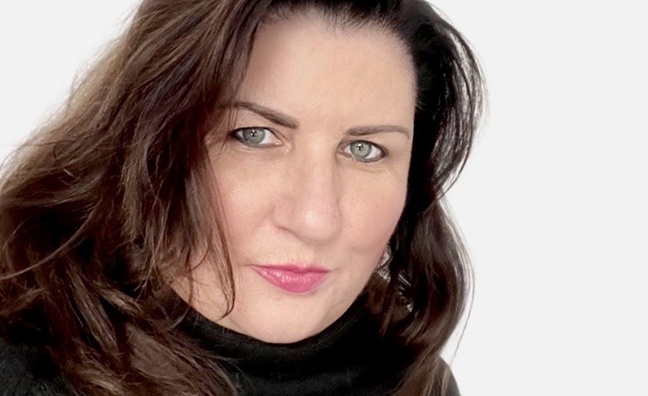 During this year’s Women In Music Awards, we inducted a further 14 amazing industry executives (including one posthumous award) into the Roll Of Honour, in association with TikTok. They join the pantheon of previous honourees, including some of the biggest names in the business, from Emma Banks and Sarah Stennett to Kanya King, Rebecca Allen and Stacey Tang, that have been selected since the awards began in 2014.

The Roll Of Honour aims to highlight the breadth, depth and variety of individuals who are game-changers in the music industry, with their activities consistently benefiting women, or focusing on empowerment/gender disparity. Following the Women In Music Awards ceremony, Music Week is running Q&A interviews with all of this year’s Roll Of Honour inductees.

Ivory quickly made an impression at Warner Records after joining in 2009. Biffy Clyro’s Mercury-nominated Only Revolutions album was their turning point on the way to becoming arena-filling, two-time Reading/Leeds Festival headliners, assisted by three Top 10 singles, notably the classic Many Of Horror. Ivory’s other early triumphs at the label included guiding The Wombats into the Top 10 for the first time with 2011’s This Modern Glitch.

It has proved to be a particularly strong period for Ivory as the industry re-emerged post-pandemic, too, helping deliver No.1 albums for Liam Gallagher (their fourth together, this time accompanied by two huge sold-out shows at Knebworth Park), Muse, Michael Bublé and Red Hot Chili Peppers. The year also saw continued success for Foals, who achieved their fifth consecutive Top 5 album, and for Gang Of Youths, who scored their first UK Top 10 hit.

Ivory’s long-term association with Foals reached new heights with the intricate logistics, ambitious scope and innovation of 2019’s two-part Everything Not Saved Will Be Lost album campaign. The 18-month plan saw Part 1 debut at No.2 before Foals landed their first No.1 album with Part 2 and then their first BRIT Award in 2020 for Best Group.

In 2020, Ivory guided two other albums to the top of the charts: Liam Gallagher’s MTV Unplugged and Biffy Clyro’s A Celebration Of Endings, which was rapidly rescheduled in response to lockdown. Her success continued the following year with a third successive No.1 for Royal Blood with Typhoons. She also worked with her team to break both Griff and Pa Salieu, and to secure a No.1 album for Nines’ Crabs In A Bucket.

Prior to this rich run of form, Ivory had masterminded two of Warner Records’ biggest success stories of recent years. She re-established Liam Gallagher as an icon for a new generation of fans via his debut solo album As You Were, achieving more than 100,000 first week sales and the all-time highest week one streaming stats for a rock artist – and that relationship continues still today. Equally significant was her role in Dua Lipa’s rise to global superstar status.

Before joining Warner Records, also Ivory worked at Sanctuary Group for eight years, where she helped found its frontline record label and held the position of VP, marketing.

Here, Ivory reflects on her journey so far…

How do you feel about joining the Music Week Women In Music Roll Of Honour?
“It’s a surprising and lovely thing to have happened and I’m grateful to my Warner Music family for putting me forward. It’s a fantastic event and I have seen how much it means to women in the industry, especially younger women. It’s important to share that collective experience and for women to feel valued.”

You started your career in music at Sanctuary Music Group – how do you reflect on your early years in the industry? What valuable experience did it give you?
“I originally started in the film industry in Los Angeles, but I felt a real gravitational pull to live and work in the music industry in London. After moving to London by myself on a whim with no job or visa, I put every bit of my energy into making that happen. I’ve now been here 24 years, so I guess it’s working out. I had only been in the UK for a year when I was lucky enough to join Sanctuary during a time of massive growth for the company. They were already a very successful management and catalogue company, but I was given the opportunity to join a small team who were launching their frontline label division. I wasn’t entirely sure what it all entailed, but I jumped in headfirst and made sure I was a part of every aspect of artist campaigns. I went to every piece of promo with the artists across TV, radio and press so I could learn about all the different facets of a campaign. We didn’t have an internal promo team, but I learned so much from our independent press and promotions people (shout out especially to Claire ‘CJ’ Collins and Tony Cooke at Scream). I think I annoyed a lot of them as I was omnipresent, but that experience was crucial in order to form opinions and learn about every aspect of artist strategy.”

Did you have a mentor at that stage?
“I didn’t have a specific mentor, but a lot of wonderful people helped to push me in the right direction. I would like to thank Rod Smallwood for giving me a chance in the very early stages of my career to work at Sanctuary – I think the fact that I could hold my liquor well helped, too. I’d also like to credit Joe Cokell, who was the CEO of Sanctuary’s recorded music division. His experience guided me every day and he was the most amazing and fair boss. He used to call me a ‘grafter’ but, being American, I had no idea what he meant. I do now, he was right!”

No idea is a bad one, so have the confidence to add yours to the brainstorm no matter what position you are in

Over the years you’ve worked with so many incredible artists – what do you consider your biggest achievement so far?
“I don’t think of anything as ‘my’ achievement. Any success is a collective achievement. When I get to work with artists who I can help to grow and reach a wider audience, that is the best reward. Biffy Clyro are a good example of that. I first worked with them on their ground-breaking Only Revolutions album, and I’m still with them 14 years later. They are like family to me. I really value my continued creative relationship with Yannis Philippakis and Foals. Watching them get bigger and bigger makes my heart sing. I first saw Royal Blood play to 100 people, so helping them through the exhilaration of achieving a double platinum debut was beyond a privilege – even more so now they have three No.1 albums to their name. And being part of Liam Gallagher’s hugely successful solo career comeback was an honour. It’s so rare for an artist to be a contemporary star and a real legend at the same time. Lastly, my longevity of starting at Warner Music as maternity cover for the 14th Floor Records imprint and still being here 14 years later. I have had the chance to nurture some very exciting and successful executive talent and it makes me very proud every day to see their achievements.”

You don’t get to where you are without a whole lot of skills – what is the most important (or undervalued) quality an exec can have in the industry in your line of work?
“It’s simple: be reliable, diligent and tenacious. It always adds value. To have genuine empathy for the people around you. That not only includes artists and managers, but also the team you work with. Be a strong, creative, sparring partner for the artists you work with. Remember to be brave and take chances.”

What advice would you offer young women about enjoying a successful career in music?
“Number 1, people that try to humiliate you publicly are usually cowards. Always remember that. Number 2,  no idea is a bad one, so have the confidence to add yours to the brainstorm no matter what position you are in. Number 3, most conflicts can be solved with conversation. When in doubt, just show up. Number 4, Don’t overstay your welcome or be the last one at the party. 5, Make sure you have at least a few good friends in your workplace. It’s free occupational therapy. Number 6, low sugar wine doesn’t give you hangovers.”

And what’s the best advice you’ve ever received personally?
“Never underestimate being prepared. Your mental health will thank you. Also, try to recognise bad advice as there is a lot of it out there. Listen to your gut instinct.”

Finally, what's your biggest lesson from 2022 so far?
“Professionally – build artist communities on multiple platforms. On a personal level – be patient.”