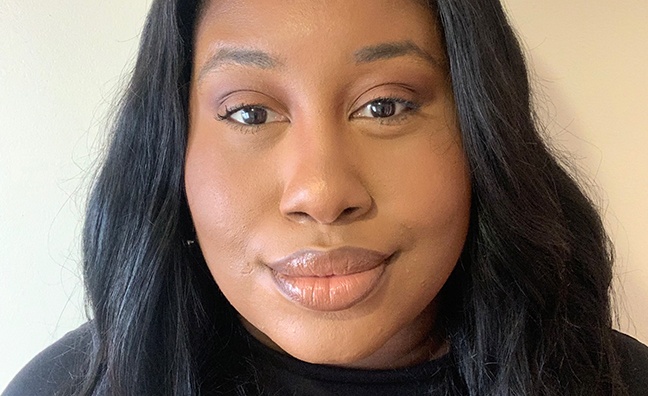 During this year’s Women In Music Awards, we inducted a further 14 game-changing industry executives (including one posthumous award) into the Roll Of Honour, in association with TikTok.

They join the pantheon of previous honourees, including some of the biggest names in the business, from Emma Banks and Sarah Stennett to Kanya King, Rebecca Allen and Stacey Tang, that have been selected since the awards began in 2014. The Roll Of Honour aims to highlight the breadth, depth and variety of individuals who are game-changers in the music industry, with their activities consistently benefiting women, or focusing on empowerment/gender disparity.

Stephanie Achigbu’s journey into music started off in the live space as an events intern and social media manager at Acoustic Live UK. Her passion for music and pushing undiscovered talent then led her to join Reprezent radio as a broadcast assistant for Reece Parkinson. Soon after, Achigbu joined SighTracked, founded by BBC 1Xtra’s Sian Anderson, working on PR campaigns for the likes of Nines, JD Sports, Virgin EMI, Island Records, Polydor and more.

In 2016, Achigbu joined Universal Music UK’s central curation team where she curated playlists and worked on marketing campaigns for Universal’s compilation album releases. As one of the few people to hold a streaming based role within the major label’s UK division, her collaboration with the likes of Island, Polydor, Def Jam, Virgin and Republic Records saw her work on streaming campaigns for artists including Drake, Nicki Minaj, Stefflon Don, MoStack, Ramz, Eminem and more. Her time at Universal Music saw her execute Universal Music UK’s top two best performing digital campaigns of 2017, and generate over 53 million streams from the playlists she curated and managed.

In 2018, she moved on to become marketing manager at Warner Records, where she headed up UK marketing for the likes of Saweetie, They., Crazy Cousinz, Harlem Spartans and more. In 2019, Achigbu joined Disturbing London to spearhead their marketing division, looking after Poundz, Wavy The Creator, Eugy and more. Her time at Disturbing London saw her earn the record label’s first top 40 record in two years with Poundz’s Opp Thot, which peaked at No.35 on the UK official charts and became a viral sensation.

Now marketing director at AWAL, Achigbu heads up marketing for Little Simz, Tamera, Nina Cobham and more. Since joining the sony-acquired label, she has delivered Little Simz’s biggest album yet, Sometimes I Might Be Introvert, which peaked at No.4 on the UK official charts. Little Simz has since gone on to receive a Mercury Prize win for Album of The Year, win a MOBO award for Best Female Act, a BET Hip Hop Award for Best International Flow and her first ever BRIT award for Best New Artist, making her the first artist on AWAL’s roster to ever win the prestigious award. The campaign for the album also went on to be named as one of the best marketing campaigns of 2021 by Music Ally, and was nominated for Best Artist Marketing Campaign at this year’s Music Week Awards alongside Adele and Ed Sheeran. Achigbu also spearheaded the campaign for Tamera’s debut EP Afrodite which dropped late last year.

Achigbu hopes to continue to empower artists to tell their story in the most authentic way possible, and help more aspiring music executives that look like her to break into the industry.

How do you feel about joining the Music Week Women In Music Roll Of Honour?
“It’s such an honour to be joining such incredible women on the Roll of Honour. I always leave the Women In Music Awards feeling super inspired, so it feels surreal to be part of this year’s ceremony as an inductee.”

How do you look back on your early years getting into the industry?
“The music industry is notoriously hard to break into, so I knew I had to work hard and really hustle to get my foot in the door, which is how I found myself juggling multiple jobs even whilst being a full-time student. I was the student running out of lectures to manage promo days as a publicist, or going straight to Reprezent Radio after lectures to train as a presenter and broadcast assistant, and then spending hours on SoundCloud searching for songs to include in my Friday playlists. It was really hard, but the hope that it would all one day pay off kept me going, and thankfully it did.”

What’s your biggest achievement so far?
“I would say my biggest achievement so far is working on the Sometimes I Might Be Introvert campaign as the global marketing lead. The campaign meant a lot to me as I have always been a big fan of Little Simz and I wanted to make sure we delivered a campaign that lived up to the incredible masterpiece that she had created. She is such a visionary and knows what she wants, so it was important for me that we present her music in a way that felt authentic to her. This campaign definitely pushed me in a positive way, it was a lot of blood, sweat and tears from the entire team, but being part of such an impactful campaign made all the work worthwhile.”

Across your career, you’ve worked in many areas, from radio, digital and marketing, to independent companies, major labels and now AWAL. Do you feel like the different parts of the industry are well connected? How well do the different areas integrate and how easy is it to move between them?
“I definitely do believe that different parts of the industry are well connected. When you look at what makes a successful campaign, whether it be at a major label or an independent company, you will find that all these areas play an important role in the trajectory of an artist. Radio acts as a touchpoint which drives discovery by tapping into an audience that the artist may have not been able to reach through more organic means such as social media. Whereas press allows us to drive the artist’s key story pillars and push a particular narrative, and digital acts as a fan acquisition tool allowing us to reach and acquire fans on a global scale, whether that be through organic content that lives on the artist’s social media platforms or through paid ads.

“Whilst all these areas may vary in their day to day activity, I believe they are all connected by the role that they play in the overall success of a campaign. I think that’s what makes it easy to move between the different areas, as no matter what area you work in, you’ll always have an understanding of what makes a successful campaign. You’ll also gain transferable skills such as being able to pitch an artist to third parties, interpret streaming data or even work with a release timeline.”

Having directed the marketing for Little Simz’s incredible Sometimes I Might Be Introvert, how do you reflect on that campaign’s enduring success? Why did it work so well?
“First of all, the album itself is a masterpiece, which helped massively! But I think one of the major reasons why the campaign was successful, aside from the incredible individuals that worked on it, was that it was really centred around bringing the album to life and creating an experience for her fans. We wanted to make a big statement that still felt authentic to who Little Simz is, and her vision for the album.

“We picked up on the key themes, potential cultural moments and intentionally curated the visuals so that they told her story in the most authentic way possible. I think that is really what made this a stand out campaign, every detail was intentional. We saw Introvert as more of a comeback statement than a typical single release and knew that we didn’t want to just announce her return with a generic instagram post of the single artwork with the release date as the caption. We wanted everyone to know that Little Simz is back to solidify her position as one of the most iconic lyricists to come out of the UK, and I think we really did achieve that.”

Little Simz is such a visionary and knows what she wants

What advice would you offer young women about enjoying a successful career in music?
“Look for opportunities around you to help you get your foot in the door. Experience doesn’t always have to be an internship in a big corporate building. If you have a friend who is a musician for example, and you want to get into music marketing, help them with promoting their music. Come up with a marketing plan for their release, hop on canva and help them create assets to use on socials, use what you have to work with. Every little bit of experience counts, and showing that you are a self-starter and proactive will take you a long way in this industry!”

What’s the best advice you’ve ever had?
“To embrace failure and not be afraid to make mistakes. You won’t know all the answers, and sometimes the best way to find out is by failing!”

What’s your biggest lesson from 2022 so far?
“My biggest lesson from 2022 is that balance is key. We can work tirelessly to make sure we always have a plan in place, whether that be a watertight roll out plan for a single, or a day by day social content plan, but with platforms like TikTok influencing the charts and pop culture in general, there is no real way to predict what is really going to take off, and therefore we need to embrace the idea of sometimes just being reactive and being able to pivot when a curveball is thrown at us. Not everything is going to go to plan, things can literally change by the minute, so I think real success lies in finding a balance between being well prepared and being able to pivot quite quickly.”