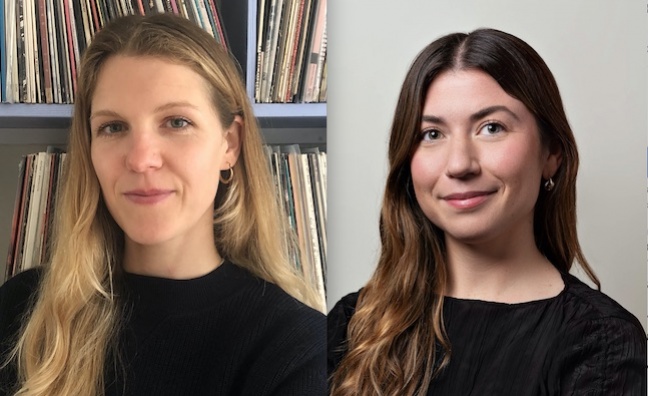 4AD has made key hires to the label management team on both sides of the Atlantic.

Alyssa DeBonis and Sophie Hall have been appointed as, respectively, the company’s new US and UK label managers. 4AD is part of indie giant Beggars Group.

Based in London, Hall is now spearheading 4AD campaigns in both the UK and the world outside the US, continuing to work closely with all Beggars Group offices and licensees to help deliver campaigns on a global level.

Based in the label’s New York office, US label manager Alyssa DeBonis (pictured right) will oversee the label’s US team and manage all campaigns, working closely with artists, their management and the wider Beggars Group staff.

Her relationship with 4AD began 10 years ago as an intern. She went on to work in licensing and sync at Big Deal Music Group, then returned in 2018 to be 4AD’s West Coast manager and A&R.

In addition to her label work, DeBonis is also involved with charitable efforts, and spearheaded 4AD’s recent work with the LA based non-profit The Harmony Project.

Alongside these changes, Will Tompsett has been promoted to worldwide head of marketing. He joined 4AD in 2013 and is now based in the New York Office.