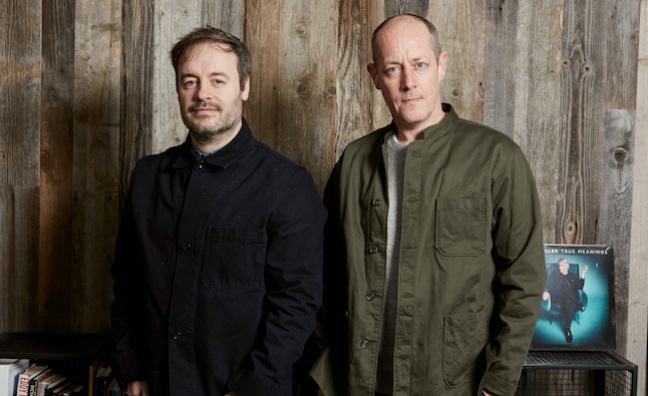 It’s taken well over a year, but Nick Burgess is finally in post at Parlophone. As previously revealed by Music Week, Burgess is the label’s co-president alongside Mark Mitchell.

Burgess was previously SVP of A&R at Virgin EMI, where his contract prevented him taking the Parlophone role following the appointment in autumn 2017. The new Parlophone has been taking shape in the past year, including the appointment of marketing director Jack Melhuish. The label has had singles sucess with Banx & Ranx and Dennis Lloyd, while Paul Weller made No.2, Lily Allen garnered a Mercury Prize nomination and Gorillaz said secured a BRIT nomination.

Both Burgess and Mitchell report to Max Lousada, CEO of recorded music, Warner Music Group and chairman & CEO, Warner Music UK. They will oversee all aspects of Parlophone Records, including A&R, marketing, press, promotion, digital, and design. In the latest issue of Music Week, there’s a progress report on the label’s JV with Disturbing London.

Lousada said: “Parlophone has always provided an environment for independent, unconventional artists that influence and change culture. Nick comes to Warner with an outstanding track record of finding and breaking original British talent, and I’ve always been impressed by his vision, fearlessness, and creative spirit. He’s the perfect choice to join Mitch in taking this legendary label into the future. Together, they’ll make a dynamic, transformative leadership team that will grow Parlophone’s presence on the global stage."

Burgess, who starts on February 1, said: “Parlophone has been making its mark on British culture for as long as I can remember, and I could not be more excited, or more humbled, to have the opportunity to play a part in navigating this iconic label into its next chapter. Both Mitch and I live and breathe the artist-first philosophy, and we intend to place that at the heart of every decision we make, ensuring that Parlophone delivers on our vision to be an innovative and progressive label partner for unique, exciting and culturally significant artists who share our global ambition.”

Mitchell added: “I’m hugely excited to welcome Nick into the Warner family, whose commitment to shaping the success of our current roster, as well as identifying and nurturing the talent of tomorrow, is at the very fibre of who we are. Parlophone is a well loved label - it means something to people and we intend to make artists and fans very proud. For us, the goal is to create a home for artists that is synonymous with creativity, authenticity, support, and mutual respect – all the elements that will define our working partnership together.”

Burgess signed and worked with artists including Bastille, Chvrches, Blossoms, MNEK, Lewis Capaldi, Loyle Carner and Hardy Caprio. From 2008 until 2011, he was MD of Jive Records UK, signing and launching Chipmunk as one of the first UK rappers to achieve platinum album status.

He was previously with Virgin records from 2002 until 2008, where he rose to head of A&R and signed multi-The Kooks and The Thrills. He began his A&R career at Gut Records in 1999.