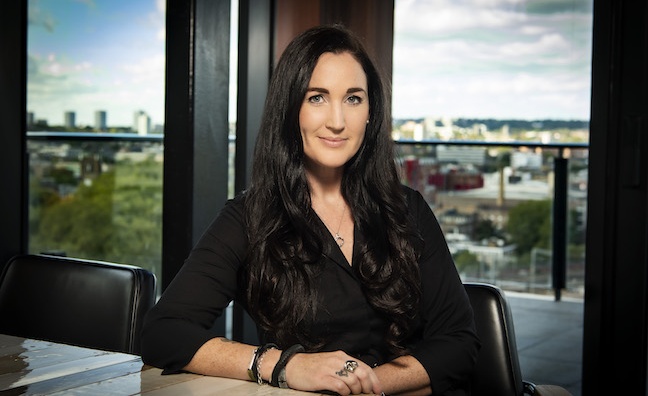 Almost 49 years after its launch by Richard Branson and co-founders including Nik Powell, Virgin is being relaunched as a global label services and distribution division by Universal Music Group.

UMG has announced the launch of Virgin Music Label & Artist Services, a new global network delivering “premium and flexible artist and label services to the industry’s most dynamic entrepreneurs and independent talent worldwide, inspired and influenced by the spirit and ethos of the iconic Virgin Records label”.

Sir Lucian Grainge, chairman and CEO of UMG, said: “Virgin has long been a name synonymous with disruptive innovation, musical creativity and entrepreneurialism. We are thrilled to announce the reinvigoration of this iconic music brand as a new model for global distribution and label services – combining UMG’s unrivalled regional executive teams with dedicated resources and best-in-class services and technology, to help foster long-term partnerships and deliver global success for the next generation of independent labels and artist talent. In total, this global launch represents an important evolution of our industry-leading strategy to be an accelerator and vital partner for the music’s best independent artists and entrepreneurs.”

Sir Richard Branson, who launched Virgin in 1972, said: "I'm proud that half a century after we opened our first independent record shop in London, the Virgin Music name continues to represent the very best entrepreneurs, innovators and artists from the world of music today."

Independent music distribution has been central to Virgin’s history, including its roots in prog, reggae, punk and new wave; with distributed labels, including Frontline, Stiff, Charisma and Circa; and the creation of Caroline and Astralwerks, both now divisions within the UMG label family.

In the UK, Virgin was part of Virgin EMI, though the market leader relaunched last summer as EMI Records. The Virgin imprint will remain in the UK, while other territories will continue to operate frontline Virgin labels.

In the UK, Vanessa Higgins (pictured) has been appointed as MD, Virgin Music Label & Artist Services UK, effective immediately. She joins UMG from Regent Street Records, the independent record label and music publishing company she founded in 2014, after spending 15 years as a touring musician. Higgins has been a board member of the BPI since 2015, and director of the BPI’s innovation hub between 2016-19. She currently serves as a mentor for Abbey Road Red’s technology and innovation seeding programme.

Virgin has long been a name synonymous with disruptive innovation, musical creativity and entrepreneurialism

Caroline International’s Music Week Awards-winning label services operation, based in the UK, will be renamed Virgin Music Label & Artist Services. The global operation continues under the leadership of MDs Michael Roe and Jim Chancellor. The company will support the leaders of Virgin worldwide.

In 2020, Caroline International delivered international chart success for artists including Aitch, The Big Moon, Internet Money, Zoe Wees (Via UM Germany) and D-Block Europe amongst others.

In France, the new division will be built from the foundations of Caroline France, with operations led by Thomas Lorain, who has been appointed as MD, Virgin Music Labels & Artist Services France effective immediately. Lorain has overseen Caroline France since 2014 and currently manages a team of sixteen.

In Germany, alongside other markets across Central Europe, existing Caroline operations will be incorporated and expanded into Virgin Music Label & Artist Services. The new division in Germany will be led by Tina Adams, who will assume the role of label manager. The label will be based in Berlin and will report to Frank Briegmann, chairman & CEO Universal Music Central Europe and Deutsche Grammophon. The new division will operate alongside domestic frontline label Virgin Records Germany.

In Latin America & Iberia, Virgin Music Label & Artist Services will launch in early 2021 across a handful of key markets including Mexico, Spain and Latin operations in the US. The label will have dedicated teams and resources based in Los Angeles, Miami and Mexico City.

Virgin Music Latin America will be led by Victor Gonzalez, who has been appointed to the position of president, Virgin Music LATAM & Iberia, effective immediately. He will be based in Los Angeles and will report to Jesus Lopez, chairman & CEO Latin America & Iberian Peninsula, UMG.