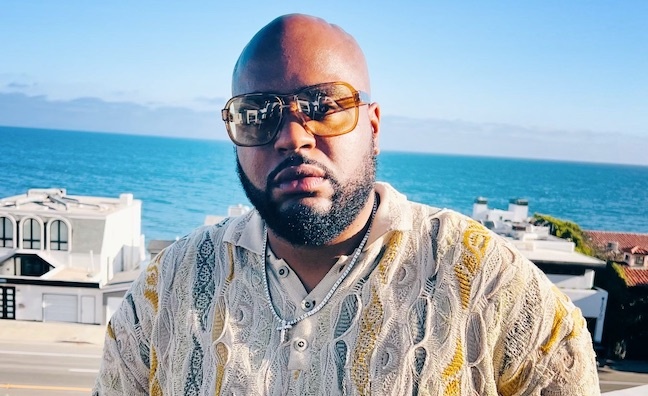 Geffen Records has appointed Aaron “Dash” Sherrod as president of urban A&R. In his new role, Dash will oversee the signing and development of artists at the label.

The appointment is one of the first following Polydor co–president Tom March’s move to the US as Geffen president.

The newly–created role for Sherrod marks a return of the veteran creative executive to the Interscope Geffen A&M family. He was previously VP of A&R at Interscope, joining the company in 2015.

During his tenure at the label, Sherrod signed Playboi Carti, Juice Wrld and Pierre Bourne. He most recently served as SVP of A&R at RCA Records, where he signed Nardo Wick and was executive producer of the original soundtrack album for Judas And The Black Messiah, which won the 2021 Oscar for Best Achievement in Music Written for Motion Pictures (Original Song) for H.E.R.’s Fight For You.

“Over the years, Dash has shown an impressive acumen at identifying, signing and developing hugely talented artists,” said John Janick, chairman, Interscope Geffen A&M. “I’m excited to have him on the Geffen team.”

I can’t wait to make history with Geffen. Everybody deserves a chance to come home

Geffen Records president Tom March said: “Dash is an enormously talented A&R executive who brings with him a wealth of knowledge and experience. I’m looking forward to working alongside him at Geffen.”

Earlier in his career, alongside such artists as 808 Mafia, DJ Toomp, Lil Bibby, G Herbo, ASAP Rocky and others, Dash worked as a composer and engineer, a video director, a manager and more.

“Dash is without a doubt one of the most talented, knowledgeable and creative A&R executives with whom I’ve ever worked,” said Nicole Wyskoarko, EVP and co-head of A&R at Interscope Geffen A&M. “His singular vision and deep relationships within the creative community will be hugely beneficial to our artists and our Geffen team.”

“I’m happy to be back in the building where it all started, working with John, Nicole and Tom and the entire Geffen team,” said Dash. “Coming up from the Southside of Chicago, dealing with many adversities, to make it to this point is truly a blessing from God. To everyone I ever called for advice, who ever dealt with my highs and lows and helped me in my personal growth, I love you and thank you forever. This is about our legacy. I take this one personally and I can’t wait to make history with Geffen. Everybody deserves a chance to come home.”

Aaron “Dash” Sherrod will be based at the Geffen Records headquarters in Santa Monica.