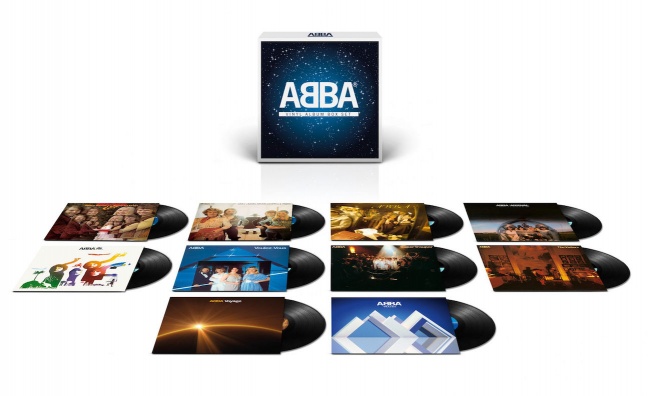 ABBA are to release career retrospective box sets as well as album picture discs alongside their Voyage residency.

The group’s Voyage album was one of the biggest comebacks of recent years. As well as being the top vinyl release of 2021 and third overall in the UK, it finished second behind Adele on IFPI’s global sales rundown.

Voyage topped the charts in 18 countries and became the group’s highest ever placing in the US at No 2.

Universal Music and Polar have announced the catalogue releases to coincide with the ABBA Voyage virtual concert experience at Queen Elizabeth Olympic Park from May 27.

On the same date, UMC and Polydor will release the 10-LP Box Set, pressed on 180g heavyweight vinyl, and 10-CD Box Set. The vinyl set retails at £183.

The box sets combine Voyage with the eight other albums (Ring Ring, Waterloo, ABBA, Arrival, The Album, Voulez-Vous, Super Trouper and The Visitors), as well as ABBA Tracks, which features non-album singles such as Gimme! Gimme! Gimme! (A Man After Midnight), Fernando and other b-sides.

The CD box set has a 40-page booklet featuring album information and classic ABBA photographs from throughout their career.

The release will be followed on June 10 by ABBA’s Studio Album Picture Discs, which reunites all of ABBA’s studio albums on the special limited edition format. The collection is available as a discounted 8LP bundle, and 9LP bundle (including Voyage) priced £196 for a limited time.