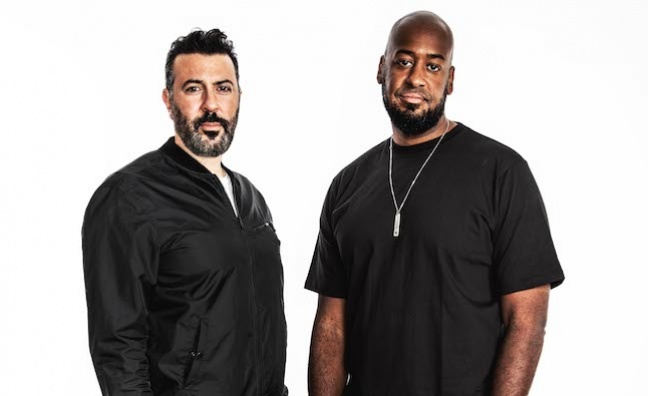 Eliah Seton, president of Independent Music & Creator Services, Warner Music Group, said: “On behalf of everyone at ADA and Warner Music, we welcome Billy and Benton and the Icons+Giants team to the ADA family. Billy and Benton are defining what comes next in music – they are on the cutting edge of this business, and we are so proud to be their partner and for ADA to be their home.”

On the partnership, Mann said: “Whether you’re an artist or executive, we are all trying to find our tribe—and just as we are partnering with artists that speak to who we are, we are grateful to have found partners in Max [Lousada] and Eliah who provide the same for Icons+Giants.”

“We continue to be focused on staying in front of trends,” added James. “While everyone is crowding around creators in the digital space, we remain committed to also identifying the talent who are lifers in music, not just seekers of celebrity.”

Billy Mann is the longtime collaborator of global superstar Pink, working with her for nearly two decades.

He has sold over 110 million albums as a hit producer/songwriter. As an exec, he has served as president of international and chief creative officer of EMI Music Global, as well as president of creative at BMG North America. Mann has discovered the likes of Teddy Geiger, Emma Stone, Alex Aiono, Pablo Alboran, and TikTok stars Charli and Dixie D’Amelio.

Benton James began his career writing songs for television and producing alongside talents like RedOne and Mutt Lang. He is responsible for discovering and signing Grammy-nominated Supah Mario (Drake, Lil Uzi Vert, Tory Lanez) and Ciscero.

Formerly the head of urban A&R for Red Bull Songs, James signed K-so Jaynes, Mike Gazzo and TwhyXclusive to the company and delivered a string of records with Grammy-nominated talent including Trippie Redd, Drake, Wiz Khalifa and Kelly Rowland.