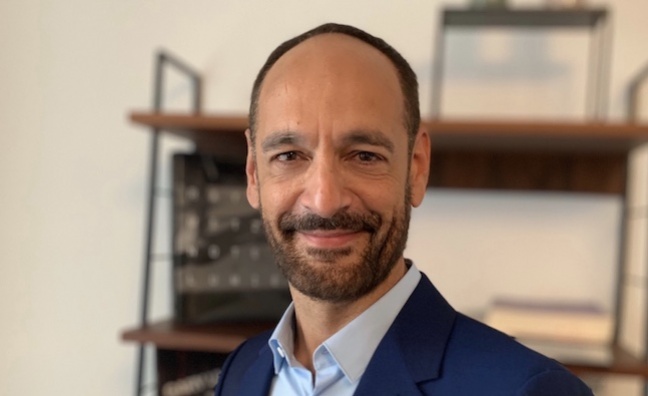 Alain Veille has been named president of Warner Music France.

He will succeed Thierry Chassagne, who is retiring after 35 years in the music business.

Veille, who has been with Warner for nearly 20 years, is currently managing director, digital and export director for the company. The change will take effect on January 1, and Veille will report to Stu Bergen, Warner Music’s CEO, international and global commercial services.

Stu Bergen said: “This is a historic day for our business in France. Alain is the perfect choice to build on Thierry’s legacy and support our artists and team today and in the future. Warner Music France is one of our company’s jewels, with a cultural thread that connects the legends of Edith Piaf and Johnny Hallyday to the contemporary sounds of Aya Nakamura and Ninho.

“Thierry is a legendary music man who has made deep and long-lasting contributions not only to our company, but to the fabric of the French music industry during a period of unprecedented transformation in the business. He’s also been a true friend to me over the years, as well as a mentor to generations of rising talent within the business. He never forgets that this is a people business and always takes the time to get to know everyone personally. Three years ago, I had the privilege of being in Paris when Thierry was made a Knight of the National Order of Merit by the President of France – a richly deserved honour for an incomparable music lover and brilliant leader. I wish him a long and healthy retirement.”

Alain Veille said: “I’m delighted to have been invited to take on the presidency of Warner Music France. It’s not just a senior leadership role; it’s an opportunity to help shape the culture of our country and elevate our fantastic artists onto the global stage. I want to thank Thierry for his leadership and friendship over so many years. He’s taught me so much, and I wish him great happiness for many years to come. And I thank Stu for this wonderful new opportunity.”

Thierry Chassagne added: “I’ve loved leading the passionate and inspired team at Warner Music France over the last 16 years. We’re a real family and look after each other – no more so than in the last few months. I leave the music industry with immense gratitude to all the people with whom I’ve worked over the years. I was lucky enough to be able to make my passion my profession, alongside inspiring and legendary artists. I’m confident that Alain, with who I’ve worked for many years, will successfully take on the challenge of running Warner Music France.”

Alain Veille began his music career in 1993 at Sony Music France, where he undertook special marketing projects. He moved to Universal Music France in 1997, spending four years at the company, overseeing areas such as TV marketing.

He joined Warner Music Group in 2001 as managing director of WEA France, just as the company was beginning its evolution from a traditional physical distribution arm to a full services organisation encompassing advertising, business development, content creation, CRM, data management, D2C and social media. In 2018, Veille took up his current role of managing director, digital of Warner Music France.

Chassagne is the longest serving leader in Warner Music France’s history. WMG said preliminary figures suggest 2019/20 will prove to be the French company’s most successful ever financial year.

He took over the running of the company in 2004 and oversaw its merger with Parlophone in 2013.

Over the course of his career, Chassagne has been instrumental in the success of many artists such as Amir, Aya Nakamura, Christophe Mae, Ninho, Passi and Soprano. He has worked with icons such as Alain Souchon, Jean-Louis Aubert, Johnny Hallyday, Julien Clerc, NTM, Pascal Obispo, Renaud, Serge Lama and Veronique Sanson.