Apple Corps' Jonathan Clyde on The Beatles: Get Back documentary 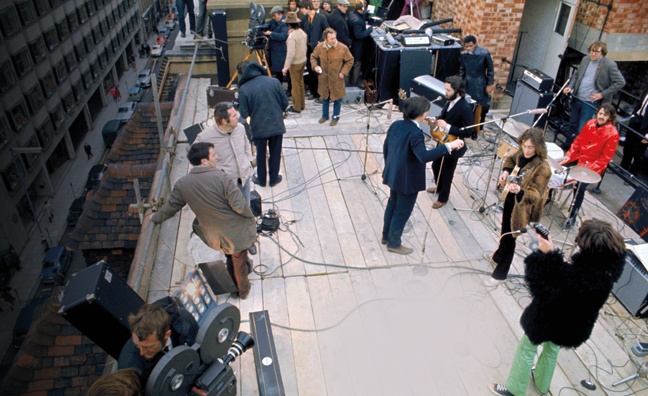 Apple Corps' Jonathan Clyde has told Music Week the upcoming Disney+ documentary The Beatles: Get Back will help set the record straight on the break-up of the legendary band.

The series is compiled from footage shot by Michael Lindsay-Hogg over three weeks in January 1969 as the group plotted their live comeback and accompanying album, which became Let It Be. Some of the footage originally appeared in Lindsay-Hogg's 1970 Let It Be film.

Directed by Oscar-winning filmmaker Peter Jackson, The Beatles: Get Back premieres on the streaming service over three days from November 25-27. The official trailer whetted the appetite of Beatles fanatics when it was released earlier this month.

Speaking in last month's issue of Music Week, Apple Corps' director of production Clyde said the project had been in the offing for some time.

“There has always been an awareness that there was nearly 60 hours of unseen footage, shot in 1969, from which [Lindsay-Hogg's] 80-minute film was edited and released," he said. "It just had to take its place in a number of other projects that have come along in the meantime.

"Timing is key with all these projects and when it’s not its time, it’s not its time. For instance, with [Ron Howard’s] Eight Days A Week film, that idea started to percolate around 2003 but the film didn’t come together until 2016.

"If all the pieces don’t fit together then you don’t do it. The Get Back film, again, was a question of timing. Peter Jackson homed into view and suddenly it clicked.”

The re-released special edition of The Beatles' final studio LP Let It Be (Apple Corps/Capitol/UMe) went in at No.2 in last week's albums chart with sales of 17,123, according to Official Charts Company data. An official Beatles TikTok account has also just been launched.

"With any Beatles project, given what they did in eight years, if you take any one part and then go deep into that period, it's so rewarding what you find," said Clyde. "Although it was towards the end of their time as The Beatles, those three weeks of filming and recordings were so rich. And to then keep going, and for that to merge as Abbey Road that same year, was extraordinary.

"What you see and hear in the film and the audio package is the amount of songs they had, some of which eventually appeared on their solo albums."

It is is well-documented that George Harrison briefly quit the group in the middle of the Let It Be sessions and the Fab Four disbanded the following year. But Clyde suggested the new film would dispel many of the myths that existed regarding intra-band relations at the time.

“Peter was pleasantly surprised to find it was not the depressing mood that is the received version of what those three weeks were," he said. "On the contrary, the atmosphere was actually pretty good.

"Like any group of creative people working together over three weeks, there are moments where they disagree with each other. But that bond between them is still there all the time and so the idea that Let It Be broke up The Beatles is a misconception, because they went on to make Abbey Road. How can a band who are breaking up go and make Abbey Road?”

Let It Be, which ended up seeing the light of day eight months after 1969's Abbey Road, is one of the quartet’s most controversial records and continues to divide opinion. However, the title track and The Long And Winding Road remain among their most popular tracks.

“It’s an incredibly important album,” said Clyde. “It doesn’t seem to be as popular as some of their others, but there are some stunning songs on it. I think it’s associated with the break-up and that somehow casts a slight shadow over it in people’s minds. Some people say it’s not one of their very good albums, but I think any group would grab that as their best any time! It’s a really interesting record.”

Let It Be marks the conclusion of the 50th anniversary reissues of the final four Beatles records. But Clyde, who became part of The Beatles' inner circle after working on George Harrison's Dark Horse Records label in the 1970s, refused to be drawn on what could be next for the catalogue.

“Diplomatically, there are discussions going on,” he added. “But there’s nothing decided and that’s all I can say.”