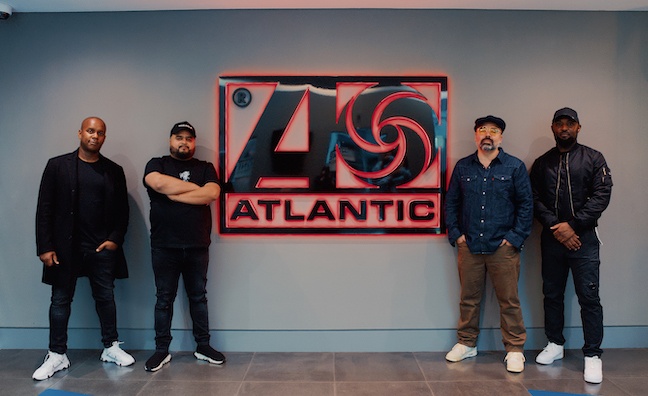 The newly established Candela Records will focus on developing the Latino sounds of London, which fuse the city's unique urban beats with the sound of the Latin Caribbean and beyond, and on bringing this unique hybrid to the global stage.

Under the terms of the partnership, Atlantic Records UK and Warner’s services division ADA will help the team at Candela Records in signing and developing new artists, as well as distributing their current roster, including Angelo Flow and Esko, globally.

Austin Daboh, EVP, Atlantic Records, said: “The Latin music scene in the UK is growing incredibly quickly, and we’re excited to make history by becoming the first UK frontline label to partner with a UK based Latino label. Everyone at Atlantic and ADA is looking forward to shining a spotlight on this incredibly vibrant music scene and to finding the Latino superstars of the future.”

Trenton Harrison-Lewis, SVP, ADA and WMUK artist and label development, added: “The team at Candela Records have their fingers on the pulse of Latin culture in the UK, and we think it’s incredibly important that we help serve what we believe is an under-served community in the UK. Together we will find incredible new talent that will shine on the global stage.”

Luciano Santana Pinto, Co-founder, Candela Records, said: “We’re delighted to be working with the teams at Atlantic Records and ADA.  This partnership will help us grow the UK Latin culture not only among the British public but the world – it’s perfect.”

As part of this new venture, Seijas is overseeing Candela Records operations, Pinto is head of A&R and Amaranta Wright, LatinoLife magazine founder and editor, is head of communications.

The announcement follows the recent news that Atlantic Records UK has signed a deal with Trust It Entertainment, home to Irish rap, hip-hop and drill artists.