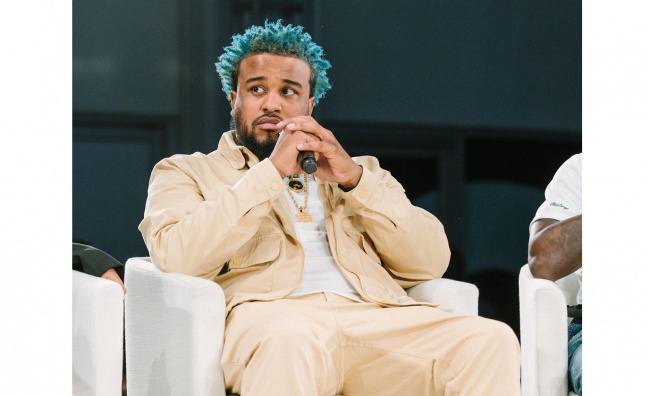 Warner Music’s frontline US labels have made some key appointments, with Atlantic bringing in Keith “Keefa” Parker as VP of A&R, and Warner Records promoting Chris Atlas to EVP of urban music & marketing.

“Keefa was literally born into LA’s rap culture, and he lives and breathes the music,” said Dallas Martin, Atlantic’s SVP of A&R. “He’s a fantastic connector of creative talent, with a great ear for original artists and a natural instinct for putting together the elements it takes to make a hit record. All of us at Atlantic are looking forward to the amazing music we know Keefa will be bringing into the family.”

The son of former Death Row A&R executive Keita Roc, Parker spent every afternoon after school until 2004 at the label’s offices and even featured on a skit on a Death Row CD at the age of four. He interned at Atlantic in 2018, after being introduced to Martin by the late Nipsey Hussle. Parker played a key role in bringing Ricch to the attention of Nipsey and Atlantic.

Meanwhile, over at fellow frontline US Warner Music label, Warner Records, Chris Atlas has been promoted to EVP of urban music & marketing.

Atlas, who joined in 2017 as SVP, head of urban marketing, reports to Warner’s co-chairman and COO Tom Corson. Since then, he has run key campaigns for the likes of NLE Choppa, Saweetie and Wale, as well as Ovo Sound/Warner artists PartyNextDoor, Dvsn and Roy Woods.

“With 25 years in this business, Chris’s breadth of experience and knowledge is extraordinary, and he has forged deep relationships throughout the industry,” said Corson. “Since joining us three years ago, he has created and driven a series of brilliant, cultural, groundbreaking campaigns that have broken artists and set long-term careers in motion. Chris’s authenticity, passion, and insight have made him one of the most admired execs across the music and marketing worlds, and Aaron Bay-Schuck and I are thrilled to announce his new post on our leadership team.”

“I’m very proud of all that we’ve accomplished to build Warner Records’ presence throughout the urban and hip-hop communities,” said Atlas. “I’m driven by our artists and their music, and blessed to be able to contribute to the culture, because I’m a student of it. Black and urban music have always been reflective of our times, our society, and what people are going through – their struggles, pain, happiness. I’d like to add that it was important for me to keep the word urban in my title as it remains present and dominant and continues to evolve. I want to thank Tom and Aaron for this amazing opportunity to keep moving the culture forward. I also want to take the opportunity to congratulate Shawnae Corbett-Rice on her promotion to VP of marketing as part of the continued growth and development of our amazing team.”

Atlas came to Warner following nearly a decade at Def Jam Recordings, where he was EVP of marketing and helmed strategies for marquee artists such as Kanye West, Rick Ross, Young Jeezy, Jhene Aiko and Ludacris. He began his career at Tommy Boy Records, where he rose through the ranks to serve as A&R and founder of Tommy Boy Black Label, as well as GM of urban music promotion. In 2001, he joined Cornerstone Agency as VP of urban promotion & marketing, forging pioneering brand/music partnerships with Sprite, Reebok, Boost Mobile and many others. After a stint at Amp’d Mobile, he returned to Cornerstone as VP of strategic marketing before joining Def Jam in 2008. He also serves as a member of Warner Music Group’s newly established Executive Diversity & Inclusion Council.