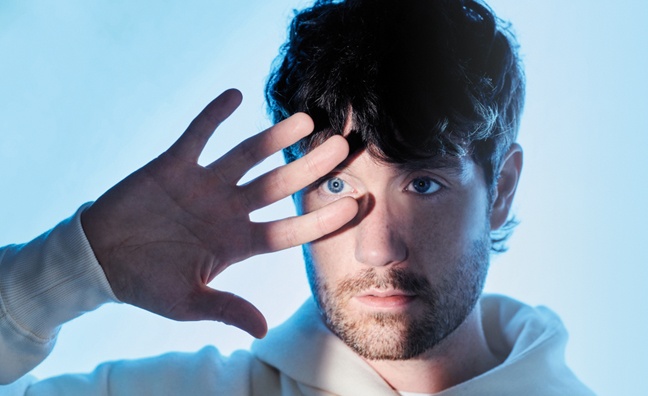 Bastille have secured their third No.1 album with Give Me The Future. It debuted at the summit with sales of 19,906, according to the Official Charts Company.

The streaming impact has added a couple of million monthly listeners in recent weeks on Spotify, where the total is now at 19m. The current single, Shut Off The Lights, was playlisted on BBC Radio 1.

For Bastille’s return, frontman and songwriter Dan Smith has spoken to Music Week about the confidence imbued in him by EMI and its president Rebecca Allen, who took over in 2020.

“I imagine coming into running a label in a pandemic hasn’t been without its challenges for Becky,” said Smith. “But as the head of the label, she’s made a huge effort to get to know everybody and to be as present as much as possible. She’s brought in a freshness to the situation, a different sort of spirit and working ethos and it just feels like a really creative space. There’s a real kind of excitement and a drive to be innovative and creative.”

Allen told Music Week that she has an emotional connection with Smith, and theirs was one of the first meetings she had upon beginning her role as label president in June 2020.

“I did it on Zoom and he was just so incredibly open, warm and generous with his time towards me,” she said. “He wanted to listen and hear everything that we wanted to do. From that moment, I fell in love with him and his vision for Bastille and everything he wanted to achieve. He is part of the new EMI era, I’m so passionate about what Dan and Bastille are doing. It mirrors what we’re trying to do at EMI.”

As well as ramping up the electronic edge in their sound, Give Me The Future embraces new technology for the campaign. Recently the band launched the FutureScape Dream Analyser website, where fans can input their dreams and create short-form videos based on their description using AI technology.

According to Rebecca Allen, both she and Smith want to be “disruptors”, with ambitions to tell their stories visually as well as an audio experience.

“If you look at what happens with young people, they listen to music with their eyes as much as their ears,” she said. “Dan and I really bonded over storytelling from a visual perspective.

“It’s a wonderful synergy with the way Dan writes and sees music and all the visual content that accompanies everything Bastille do. It’s just so disruptive and so interesting – it’s the future.”

One key element of the campaign is the use of AI technology. The team have devised a plan in which fans will be able to choose their favourite elements of songs from Bastille’s catalogue via Instagram, and the AI will then repurpose their choices to make reimagined tracks.

“Creativity is the lifeblood of the music industry, so for an artist to hand their most treasured work over to a ‘machine’ to be reinterpreted was an incredibly brave step to take,” she told Music Week. “The band took a leap of faith, and the ambition is for both Bastille and the fans to play and contribute to the output alongside the AI to understand how machine learning can interpret human creativity.”

Wyn Jones explained that the AI experience will be accessed via a series of Instagram ‘lens effects’ using augmented reality.

“It’s a daily occurrence for most Instagram users, so it’s within the realms of normal behaviour on the platform,” she said. “The journey is as important as the final product and we intend on telling the story to fans via the platform as part of the experience.”

As well as real life AI, Bastille also dreamt up the idea of Futurescape, a device made by a fictional company called Future Inc that transforms the lives of its users. It will appear in videos and visuals as an added layer to the campaign.

“With anything new and challenging, you either embrace it, shut it off, or be inquisitive about it,” said Dan Smith. “I’m really interested in how developments in technology and our [use of] the internet affect our sense of self and our relationships with other people...”