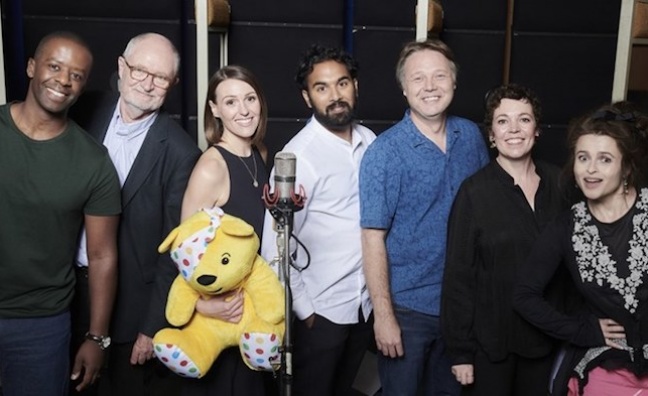 In an unusual move by the Official Charts Company, an album has been removed from contention in the main chart this week.

Children In Need: Got It Covered was heading to No.1, based on early sales flashes. With 17,608 sales on Monday (November 4), the charity album was 4,000 ahead of nearest rival From Out Of Nowhere by Jeff Lynne’s ELO.

The BBC album, released in partnership with Silva Screen, had maintained its lead yesterday. But from today’s midweek sales flash, due at 5.45pm, the record will be moved to the compilations chart. It was originally credited to BBC Children In Need/BBC, but is now listed as a various artist release.

A spokeperson for the Official Charts Company said: “Having reviewed the product, it was felt that its rightful home was in the Official Compilations Chart.”

As well as being marketed as a various artists album, Children In Need: Got It Covered lacks a consistent artist presence across the tracks. While the BBC Concert Orchestra performed on the record, they do not feature on four of the songs.

In recent years, there has been some inconsistency in relation to soundtracks appearing in the main chart. The Greatest Showman and Mamma Mia! Here We Go Again, which both featured multiple artists, ruled the albums chart. The original Mamma Mia! soundtrack from the first film appeared in the compilations chart.

The move doesn’t affect the fund-raising effort from sales of the record, which is still on course to be the biggest-selling release of the week. However, the compilations chart will give Children In Need: Got It Covered a lower profile than a No.1 album proper.