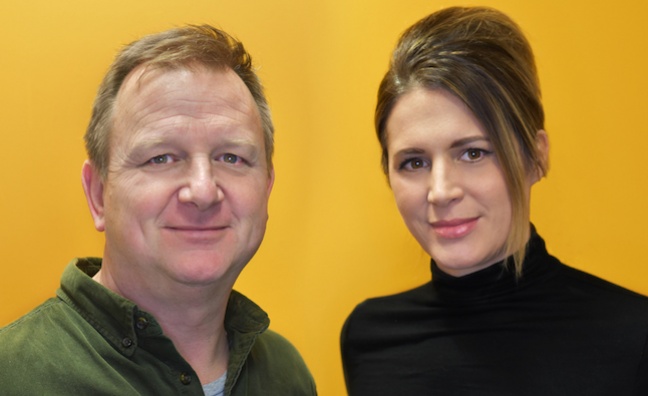 During her time at BMG, Gemma Reilly – who was inducted into Music Week’s Women In Music Roll Of Honour in 2017 – has enjoyed successes with Jack Savoretti, Rick Astley and Texas.

Jamie Nelson – who joined BMG in 2015 – has worked with artists including Kylie Minogue, Lily Allen, and Eliza Doolittle.

According to Official Charts Company data, in 2019 BMG’s All Albums AES figure of 2.87 million was up 13% year-on-year, a result ahead of the overall market increase of 5%.

Together Nelson and Reilly have delivered consecutive No.1 albums for Kylie , the first No.1 record for Jack Savoretti, a Top 10 single for KSI and a Top 5 album for Richard Hawley.

Speaking about BMG’s current winning streak, Norbury said: “We are now the most successful UK record company outside of the three traditional majors. A&R and marketing are the foundations upon which we consistently deliver for artists and outperform industry trends by maintaining robust physical sales while hitting new heights in streaming.”

The Shires, Amy MacDonald and Groove Armada are among the BMG releases scheduled for 2020.

In other BMG news relating to its new structure, Korda Marshall has also extended his deal with the company.

An official press release confirmed that he will continue to A&R artists such as The DMA'S, Alt J, RY X and The Prodigy as well as a string of recent new signings which are yet to be announced.

Norbury added: “Korda is a byword for good taste and achievement in A&R, and has justly been named an ‘A&R Icon’. We are delighted that five years after the acquisition of Infectious that he has agreed to extend his successful collaboration with BMG. We are privileged to have Gemma and Jamie at the helm whilst retainingthe invaluable counsel of Korda Marshall.”

Earlier in the month, BMG signed a global recordings deal with Aloe Blacc.

You can read Music Week’s exclusive new interviews with Nelson and Reilly here.