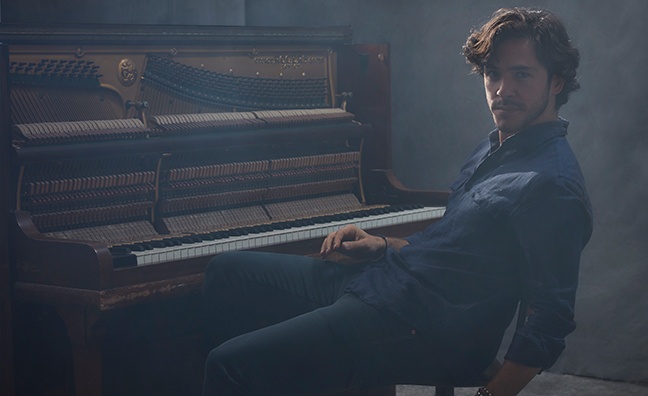 BMG's Gemma Reilly has hailed Jack Savoretti as a "true artist" after the singer/songwriter delivered the label its biggest record of 2019.

Singing To Strangers became Savoretti's first No.1 when it topped the albums chart last March and has gone on to become his third consecutive gold-selling LP. An expanded special edition was released in the run-up to Christmas.

“It was a key release,” said Reilly, BMG's VP of marketing. “It started very authentically in that it was an album he’d always wanted to make. He went back to his roots in Italy and sonically it was what he loves. When we first heard it, the ambition was immediately there.”

People are still slightly in discovery mode. The more they see him, the more it builds

Produced by Cam Blackwood, the album was recorded at Ennio Morricone’s Rome studio in the summer of 2018. It was the 28th biggest seller in the UK in 2019, with sales of 139,425, according to the Official Charts Company.

“It just keeps going,” said Reilly. “People are still slightly in discovery mode. The more they see him, the more it builds and this time we’ve spread out into pockets of the UK it hadn’t quite got to before. He had a core fanbase that we’ve been adding to, but I feel that it’s more mainstream now because of consistent discovery, great support on radio and a great TV profile.”

Famously, Savoretti's career went into overdrive following his performance on The Graham Norton Show on BBC One four years ago.

"It just blew everything open," said Reilly. "We went from selling 500 a week to 15,000 that week after Norton on that album [2015's Written In Scars] and that was the moment when everything changed."

The 36-year-old singer/songwriter played his biggest headline show to date in May last year with a night at The SSE Arena, Wembley.  But despite his success in the live and albums realm, one milestone continues to elude him - a smash single.

“Jack’s a true artist in that it is a body of work," said Reilly. "But it’s always good to think, ‘What’s next?’ And I’d hope [a Top 40 hit] would be next. It would be fantastic to achieve that."