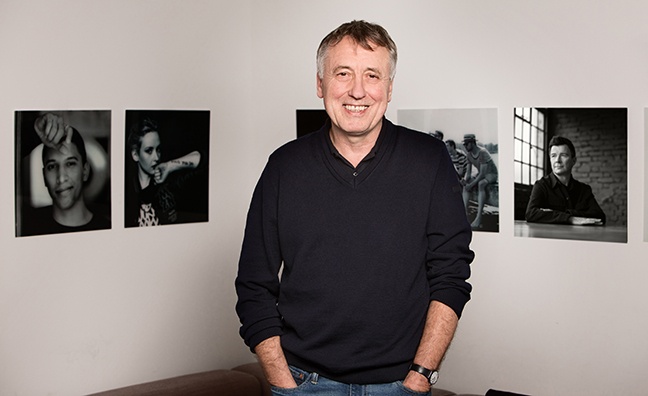 BMG’s CEO Hartwig Masuch told Music Week almost 18 months ago that its big buys were over. In its first decade the music company made a string of acquisitions – but now that’s off the agenda. And part of the reason for that, it seems, is what Masuch sees as excessive valuations and prices in a hot, streaming-led music market.

In a memo to staff to mark today’s half-year results, Masuch noted that BMG’s first seven years were partly defined by acquisitions.

“Between 2009 and 2016 when we made 100 significant acquisitions, virtually no one else was buying music assets,” he said. “Now we are in the middle of a feeding frenzy which has pushed prices in some cases beyond all reason, a game BMG is unwilling to play.”

Instead of acquisitions, it’s organic growth that is driving BMG in its second decade, particularly in recorded music. Revenues for the first six months of 2019 were up 11.4% overall, but frontline label revenues were up 30%.

One interesting figure in today’s results: digital accounts for 76% of recorded music revenues. In the comparable half-year results at Universal Music Group, the major’s digital share of recorded music revenues was 68.5%. While the BMG lead may be surprising for a company so focused on physical music in the UK, it also reflects its strength in the streaming-led US market.

Masuch also suggested that its approach to artists had transformed the industry.

The memo to staff is in full below.

You heard earlier today from Bertelsmann CEO Thomas Rabe on the group’s successful first six months of 2019. I am writing with more detail on how we view BMG’s particularly strong performance over the period.

BMG increased its revenues by 11.4% to €269m while EBITDA grew even faster, by 16.7%, to €49m. Our EBITDA margin of 18%, even in this structurally weaker six months of the year, was again way in excess of that of our competitors.

Why this is important

As I outlined in our town hall meetings earlier this year, our financial performance is not just important for our shareholders: it allows us to invest further and unlock even more resources to deliver for our artist and songwriter clients.

What we’re here for

Delivering for artists and songwriters is why we are here. That is our brief. Unlike some, we are not here to maximize our share price: we are privately owned; we have no ‘share price’. We are not here to buy songs and recordings and then ‘flip’ them, nor are we trying to create a technology ‘unicorn’. Instead we work with artists and songwriters to optimize their careers and their income.

Between 2009 and 2016 when we made 100 significant acquisitions, virtually no one else was buying music assets. Now we are in the middle of a feeding frenzy which has pushed prices in some cases beyond all reason, a game BMG is unwilling to play.

We see the world differently

Our results today are a reflection of the incredible work you do in executing BMG’s distinctive strategy. There are now over 876 of us across BMG’s 15 offices, a diverse and international group of people committed to trying to create a better kind of music business.

I would like to thank all of you for contributing to this incredible result.