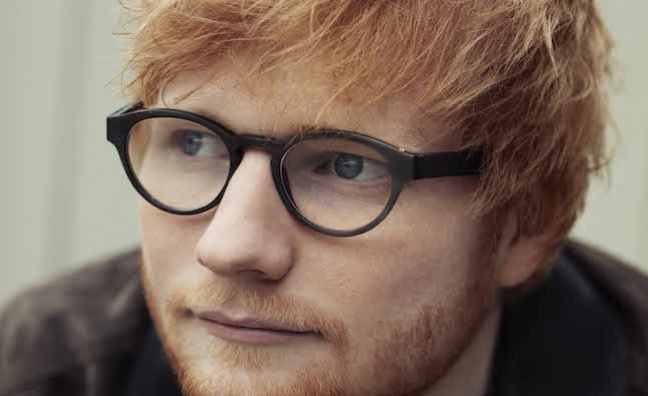 Can Ed Sheeran do it again?

Two years ago, Asylum/Atlantic and Sheeran’s manager Stuart Camp executed the Perfect campaign to, well, perfection; scoring the Christmas No.1 single and pushing its parent ÷ album back up to No.2.

Two years on, Team Sheeran is leading another push for the No.6 Collaborations Project album, which is locked in a titanic battle with Lewis Capaldi’s Divinely Uninspired To A Hellish Extent (Virgin EMI) to be the biggest-selling album of the year.

Both recently overtook The Greatest Showman, and Capaldi currently has a lead of around 5,000 sales (496,815 to Sheeran’s 491,323, according to the Official Charts Company.

Both are also pushing for Singles Chart success; Capaldi is No.2 in the midweeks with Before You Go, while Sheeran features on the No.3 midweek song, Own It, by Stormzy and also featuring Burna Boy. Sheeran’s own South Of The Border, featuring Camila Cabello and Cardi B, is midweeking at No.9 – but Warner Music UK SVP, commercial Derek Allen, believes the latter song is crucial to the album’s festive prospects.

“For all its success, which is phenomenal by anybody's standards, there's still a huge gap between that [sales figure] and the last Ed Sheeran album,” Allen told Music Week. “There are still two million people that perhaps don't traditionally buy music but come out and buy one album a year, or two albums a year, that sort of massive market that perhaps only Adele and Ed can reach. Peak season's the perfect time to go to that audience and communicate with them. With South Of The Border, we think we've got a track that that can mobilise that part of his fanbase, and then take the sales to the next level.”

As with Perfect – which benefitted from duet versions with Beyoncé and Andrea Bocelli – South Of the Border was picked by many as a standout track from its parent album on release. But Allen said Sheeran’s team managed to keep streaming services from pushing the track too hard when it was first available “to keep the powder dry for Christmas”. With this week’s Music Week cover star, Atlantic promo boss Damian Christian, working the track, it’s also a Top 3 radio hit.

“It's difficult,” said Allen. “But all our partners have been really good in terms of working with us for the strategy, which has been very helpful.”

“For peak season, the aim is to cross over into the market that Ed's traditionally operated in,” he said. “So the big crossover track on the album is what we're taking to the market, to then try and hang the album as a gifting opportunity off the back of that."