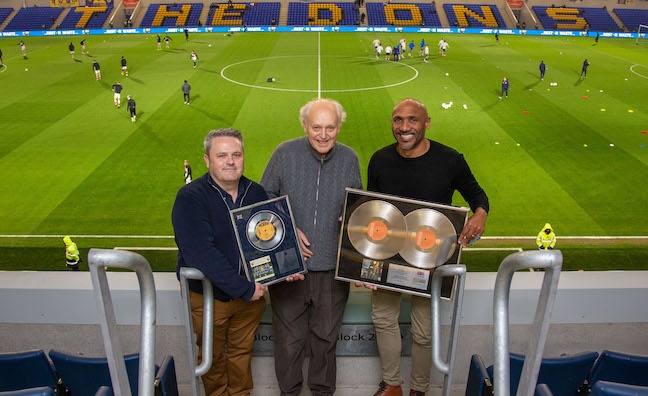 The chairman & founder of Cherry Red Records has been a familiar presence at BPI events over the years. He played a key role in the formation of National Album Day.

McNay was first elected to the BPI Council as independent label representative in 2013. Cherry Red, which launched in 1978, is a mainstay of the indie sector.

This occasion was marked by the BPI on Tuesday (November 23) at AFC Wimbledon’s new ground sponsored by the label – The Cherry Red Stadium – ahead of the match between AFC Wimbledon and Crewe Alexandra (a 3-2 win for the Dons). Iain McNay is a club director at AFC Wimbledon. 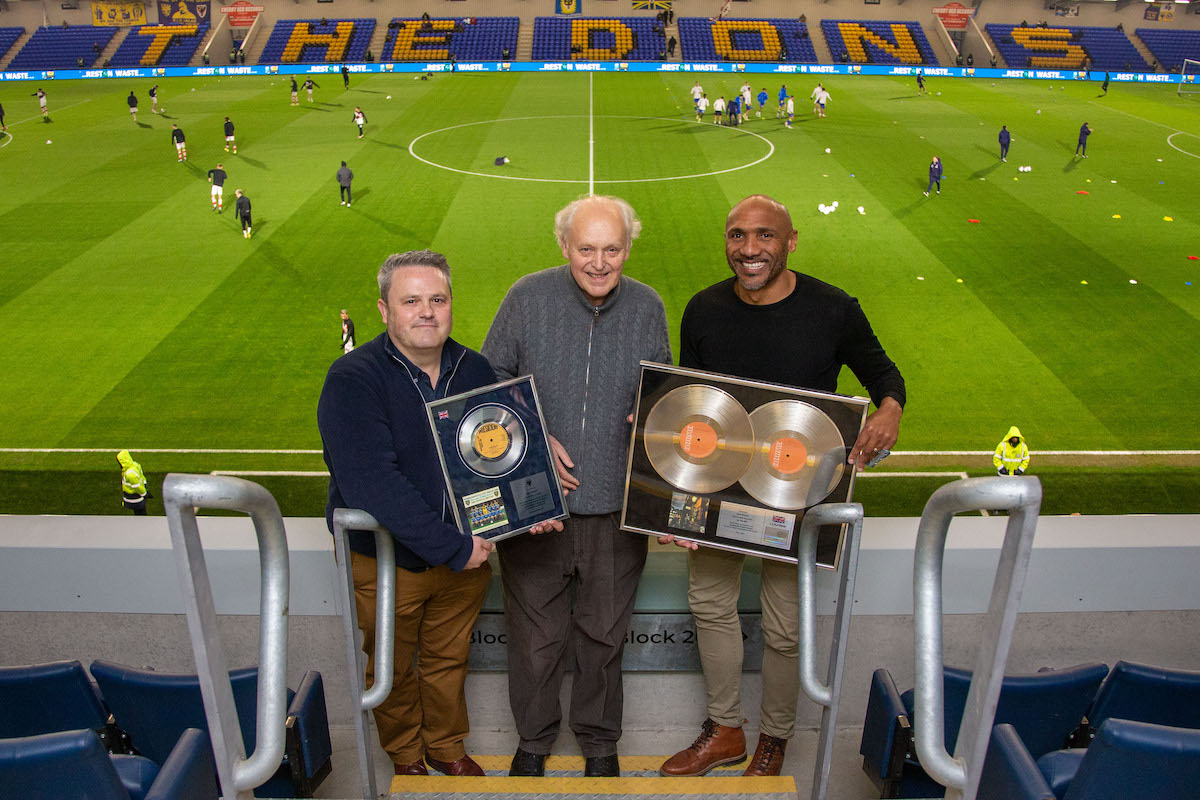 The Wimbledon FC 1998 FA Cup single We Are Wimbledon was presented by BPI director of international Chris Tams (left) on behalf of BPI independent members. It was in recognition of McNay’s tireless championing of the independent label community.

David Bowie’s The Rise And Fall Of Ziggy Stardust And The Spiders From Mars - one of McNay’s favourite albums – was presented by fellow BPI Council member Fred Jude (pictured right), MD of Snapper Music on behalf of BPI chief exec Geoff Taylor, chairman Ged Doherty and all the BPI Council members.

An elected replacement for McNay will be announced this week.