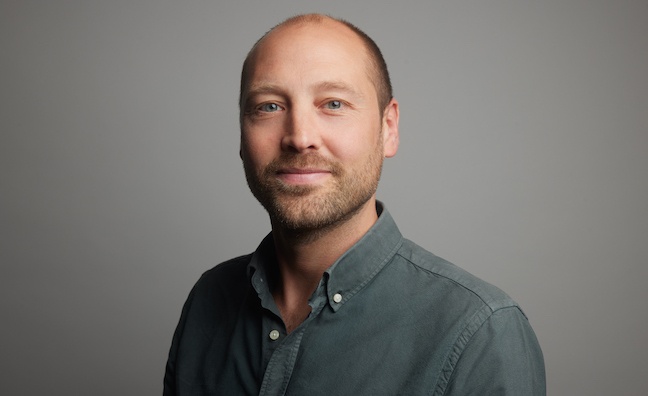 Located at FUGA’s Amsterdam HQ, Kröner will oversee all global operations for the distributor – which counts Beggars Group, Better Noise Music, Ninja Tune and YEAR0001 amongst its 800+ clients – including its marketing services division and technology offering.

Kröner was a founding member of one of the first crowdfunding platforms for music, SellaBand, before joining FUGA in 2012, where he led the distributor’s growing services department. In 2020, he was promoted to COO and has since overseen the joint venture between FUGA and Japanese music and media company Space Shower Networks’ new enterprise, Space Shower FUGA.

Kröner’s move follows the promotion of Pieter van Rijn to the newly-created role of president of Downtown Music, where he will lead the entire business services division of the Downtown group of companies including FUGA, Adrev, Downtown Music Services, as well as Downtown’s Publishing Administration, Sync and Neighboring Rights organisations.

Pieter van Rijn, president of Downtown Music: “Christiaan has been pivotal to FUGA’s growth and global development in the last 12 years, both as director of aggregation and services and as COO. From leading the landmark Space Shower FUGA venture in Japan to establishing FUGA’s marketing services department, Christiaan’s deep understanding and firm grasp of the digital landscape is unparalleled. I fully trust that he will lead FUGA and its staff with integrity and continue to develop the company’s global service offerings as FUGA steps into its next stage of growth."

Christiaan Kröner, president of FUGA: “It is an honor to be following in Pieter van Rijn’s footsteps as president of FUGA, a company I am privileged to have been a part of for the last 10 years. Under Pieter’s leadership, FUGA’s proprietary technology and service offerings have become a true industry game-changer. I look forward to continuing his hard work alongside Darren Owen in his new role as COO – who’s impact across our global operations has contributed greatly to FUGA’s growth – in leading FUGA and its people into its next expansive chapter.”