Colin Batsa opens up about Digga D's path to greatness 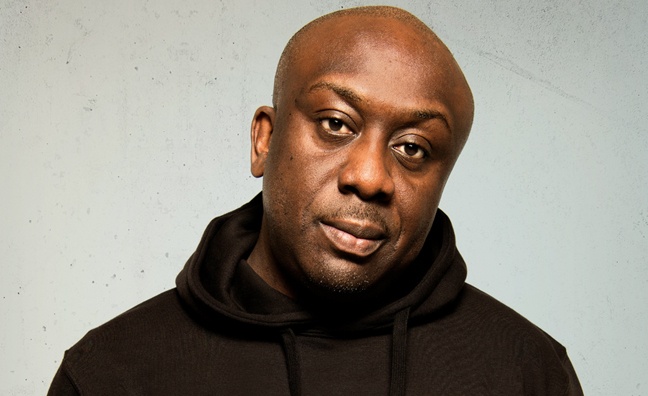 EGA Music president Colin Batsa has told Music Week that Digga D could become one of the biggest rappers in the UK.

The West London rapper stars on the cover of our new issue, as he tells his story alongside Batsa, co-managers and Groundworks co-foudners Bills GW, Jeffrey Owusu-Dankwa and Mixtape Madness' Kwabz Oduro Ayim, plus lawyer Cecilia Goodwin.

Batsa’s label EGA signed a JV with Digga D’s CGM imprint after Caroline International previously supported his releases on a services agreement. The company rebranded as Virgin Music Label & Artist Services last year and now its team work on marketing and radio for the project, which follows 2019’s Double Tap Diaries (39,939 sales) and last year’s No.3 Made In The Pyrex (74,360 sales).

Digga D and his team must navigate the conditions of a Criminal Behaviour Order (CBO) that was imposed in 2018 and stipulates that his music must be submitted to the police within 24 hours of release. So far, he has operated without much of the traditional promotional support afforded to his peers and, therefore, Batsa and the team are at the heart of a unique industry success story.

Here, in an extract from our interview with the president, he discusses Digga’s abilities as a rapper and marketeer and opens up about life as part the team.

What makes Digga D a great rapper?
“His cadences. His lyricism, in drill, is unmatched by anyone. His creativity, that’s where the genius lies. He’s just so creative. If he wanted to work in music, I’d make him my director of marketing tomorrow. I think having an artist that has that vision and foresight, plus the lyrical talent, it’s just a force of nature. He’s the only rapper in the UK that has a lot of street references and music but still charts quite high. That’s quite rare. It’s very rare to have an artist, like a Tupac, like a Dr Dre, someone that can sell gangsta rap. To sell gangsta rap in the UK is very difficult.”

So, how does he do it?
“He’s able to put words together and have kids enjoy the stuff he says. He knows what his audience wants, what his fans want. He knows how to create excitement. He can write a verse like on Pump 101 and the verse trends on TikTok. He’s able to make some of the harder songs sound more commercial.”

What’s he like to work with on the marketing side?
“I think he’s the first artist I’ve had in planning meetings where nobody’s felt awkward. He’s so involved in the marketing that he’s in planning meetings with us and a lot of the genius ideas come from him. Also, his management, Bills and Jeff and Kwabz, they’re very genius too, they are the future and the work they do doesn't get noticed enough in this industry. But Digga is the most proactive artist I’ve seen in terms of marketing themselves. When Squid Game was released, that whole Red Light, Green Light song that he did, that was all him. He just knows. He’s a viral sensation, but he knows what his fans want, he knows what to do. He’s hugely involved with all the visuals. Most of them he shoots himself, with the team at Groundworks. He’s super-involved with everything.”

Where does Digga stand as a representative of drill?
“I think he’s bigger than drill. He’ll be one of the biggest rappers in the UK, but I do think he could take it international. He could be really big in America. He’s giving the street rappers a voice. There’s rappers from the street that might think, ‘Because I’ve got a certain background or I’ve had some police trouble, I’m not going to be able to make it in the commercial charts’. He’s the advocate for those rappers to say, ‘Look, if you work hard, keep your head down and be positive, then you can make it.’ I think a lot of people really look up to him because he’s able to take all these issues and make some real music that does really well, better than all his peers, really, in that genre. So I think he will inspire a lot of the young rappers to be who they are, have faith that their art can sell as much as anyone else.”

Which brings us onto the numbers, they’ve been big since the start across a range of platforms…
“Yeah they’re just mad and they shouldn't be. We don’t get radio like everyone else does, but the fans know. [Measuring success] is an amalgamation of everything, numbers, data, influence, the music, if it’s getting better... But, for us, because we’re really tight with him and he’s like family, it’s really the growth of him, watching him turn into this big artist, get bigger and bigger and become the name on people’s lips. That’s how we’re judging it deep down. We all believe in him so much. But of course you need to look at the data as well. And he likes to look at the data to see where he can improve and what areas that we can improve, he’s really hands-on, in the most respectful way.”

Finally, can you sum up how you and the team try to support Digga?
“The whole team is very understanding when it comes to him and treats him like a human. It’s not like he’s a product. I think a lot of these artists get treated like products and no one cares about their wellbeing, whereas the whole team is quite sensitive to him and is understanding. And that helps the artist feel like, ‘I have a family around me,’ rather than, ‘People are just trying to make money out of me.’ We’re blessed as a team to have people like Rachel [Campbell, Wired PR] and Rich [Aston, Virgin Music] from radio who actually care about Digga D, so they do the right things for him and are very understanding and for an artist like that, that’s essential to protect his mental health. It just makes him feel like he’s loved, really. That’s what most of these kids want, not just for people to believe in them, but to love them and be understanding. He’s lucky to have such a good team where there is no one there saying, ‘I don’t care about his well-being, he needs to be with Scott Mills at 4 o’clock.’ There’s no one like that in the team, everyone puts him first, which in turn makes him try and work harder for us. We are blessed with the team we have.”

Subscribers can read the full interview with Digga D and his team here, look out for more on musicweek.com later this week.