Columbia's award-winning marketing team on their first ever Adele campaign 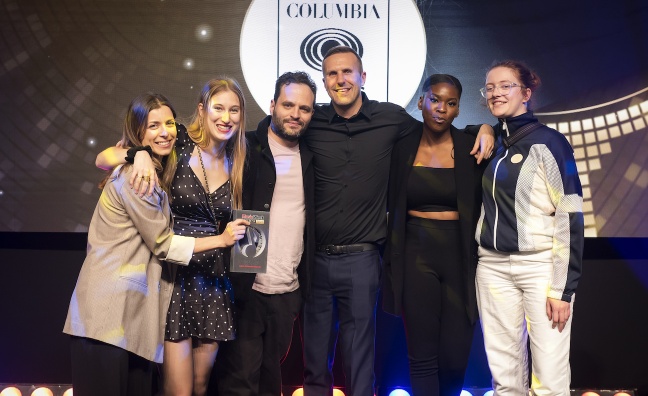 Adele’s 30 was triumphant at the Music Week Awards last month.

The album was a sales phenomenon in Q4 of 2021 and came out on top at the end of the year after less than two months on sale. 30 now has sales to date of 715,958, according to the Official Charts Company. Lead single Easy On Me broke records.

Columbia’s team outlined the huge expectations for the label’s first ever Adele campaign in the UK (she was previously with XL Recordings).

“People think it’s a given with someone like Adele, and obviously she is incredible and the music is so incredible - it speaks for itself,” said Hayley Marchant, senior marketing manager. “There was a lot of pressure on us, but it was such an amazing campaign to work.”

The Adele campaign was ignited with teaser projections across the country (as well as globally), followed by a comprehensive roll-out across outdoor, online, TV, press and radio.

Streaming has become dominant since Adele released her previous album, 25, in 2015. Adele’s 30 went straight to streaming platforms, unlike the 25 album which was held back for several months.

“In marketing, our jobs have changed so much even in the last five years,” said Marchant. “It was an incredible team effort, so many people were involved in making it happen. We were working with the global team in the US, and us all being aligned as a global team is what made this success.”

“There was so much amazing talent nominated,” she told Music Week. “I think we all just worked our hardest, and I'm so glad it's being recognised. Adele is one of the most amazing artists ever. I'm so glad we live in the same era as she does.

“It's just such a privilege to work on this campaign. She just delivers the best music and it makes us want to deliver the best marketing campaign we can ever deliver.”

Olly Rice, head of marketing at Columbia, told Music Week: “I’m super proud of them - my team are just incredible.”

Columbia ultimately delivered on the huge expectations for Adele, with both her first album to fully embrace streaming and the first campaign with the Sony Music UK label.

“It was definitely a new set-up and it was very exciting,” said Cohen-Solal. “The team just really brought their best.

“It was very full on, very nerve-wracking, the pressure was on for the metrics. The KPIs for success are just the biggest you could ever expect. So we just had to really do our best, stay calm and keep going.”

Adele’s live return to the UK happens next month with two BST Hyde Park gigs (July 1-2) and Cohen-Solal says the team are “very excited” for the shows.

Adele still has a postponed Las Vegas residency to be confirmed with ticket-holders awaiting details of new dates.

Earlier this year, Adele won three BRITs - Artist Of The Year, Album Of The Year and Song Of The Year for Easy On Me. The single was also nominated at The Ivors.