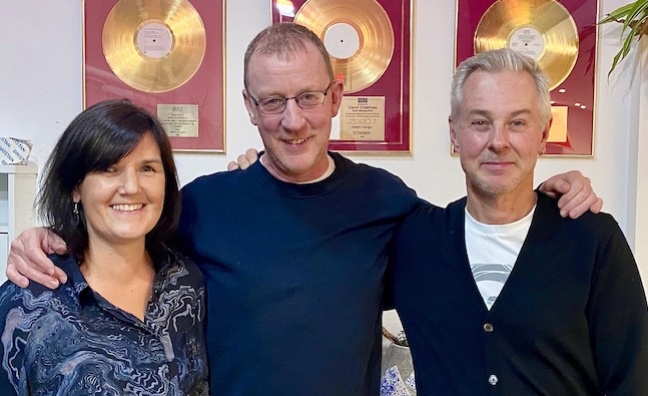 As well as enjoying huge success with Blur, Rowntree has more recently moved into film and TV composition, including titles such as the Bros documentary After The Screaming Stops, BBC series The Capture and Netflix's The One. He also hosts The Dave Rowntree Show podcast on Spotify.

Rowntree is currently working on a debut solo album to be released on Cooking Vinyl in 2022.

Dave Rowntree said: "As a kid I used to spend hours spinning the dial on my radio, dreaming of escape to all the places whose exotic stations I heard. I've tried to make an album like that - tuning through the spectrum, stopping at each song telling a story about a turning point in my life, then spinning the dial and moving on. I'm very excited to be releasing the album on Cooking Vinyl next year."

Carol Crabtree from Solar Management said: “I started working with Dave over lockdown, he had some great songs that he had been working on for a while and we put together a plan for recording with some help from producer/instrumentalist Leo Abrahams. We are delighted to be working with Rob and the fantastic team at Cooking Vinyl on this debut release, their commitment, passion and history of success made them the perfect label choice.”

Cooking Vinyl MD Rob Collins said: “Dave’s album blew me away and there wasn’t anything going to stop me releasing it. He’s a very talented drummer!”