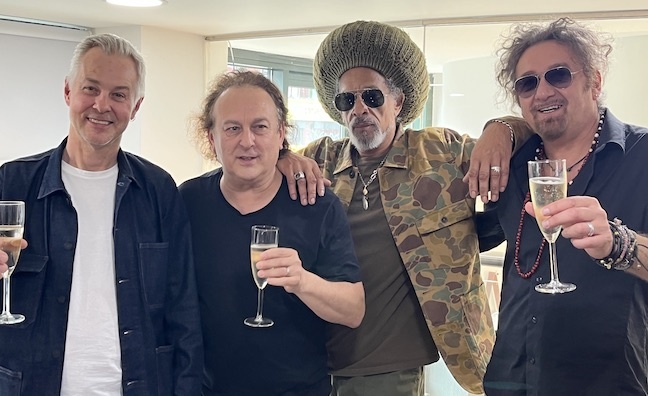 First coming to prominence as the DJ that turned a generation of punks on to reggae back in 1977, Don Letts went on to direct videos for the likes of Bob Marley, The Pretenders, The Psychedelic Furs, Elvis Costello, Musical Youth, Sinead O’Connor and The Clash. His work with The Clash earned him a Grammy in 2002.

His autobiography There And Black Again, published by Omnibus, was listed in the Rough Trade top 10 books of 2020.

Don Letts is currently working on his first solo record with Cooking Vinyl, due for release in spring 2023, and will be appearing at multiple festivals across the UK this summer.

Upon signing to Cooking Vinyl, Don Letts said: “It’s taken a bit of time to create this soundtrack to my mind but with the help of a few friends, some heavy basslines and a record label with taste the dread stands firm.”

Manager Luc Vergier said: “We are thrilled to join Martin, Rob and the entire team at Cooking Vinyl, embarking on a new journey with Don Letts by way of his first ever solo album. Inspired and created over the last 12 months and produced by Gaudi, we truly feel we have a gem on our hands.”

Rob Collins, Cooking Vinyl MD, added: “Don Letts has been ever present in my life since I was a 16 year old kid at the Roxy being turned on to reggae and heavy dub. Now to work with him after 47 years is extraordinary. This is one of those records that makes it all worthwhile.”

The feature length documentary Rebel Dread, the story of Don Letts’ life, is out now on major streaming platforms.