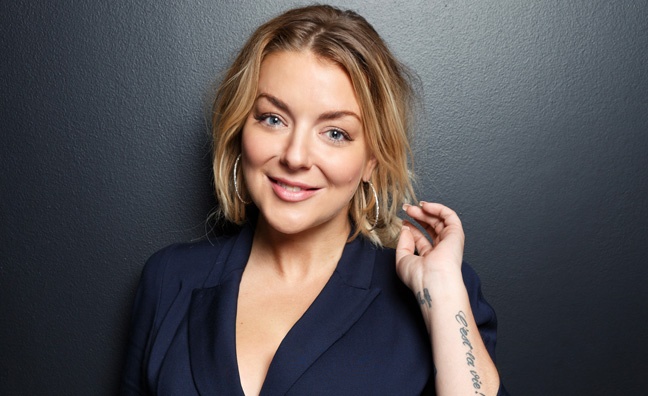 Smith teamed up with songwriters Amy Wadge and Eg White, and producer Jimmy Hogarth to pen the LP, which is released today via East West Records and is the follow-up to her 2017 covers album, Sheridan.

“When we came into the journey of the second record, it was all about Sheridan telling her own story,” said Chalmers, president of Rhino, East West and ADA. “There was a lot that she had to get out and it’s very difficult to do that using other people’s songs, so the essence of the process was to bring Sheridan through as an authentic artist.

"I firmly believe Sheridan should be out there as part of Best British Female at the BRITs, I think she’s that good. That’s obviously a goal within this campaign.”

Smith's gold-selling Top 10 debut has sold 127,047 copies to date, according to the Official Charts Company.

"For any record these days, crossing the gold mark is an important step, and she went on to become the second biggest debut female breakthrough behind Dua Lipa,” added Chalmers, speaking in the current issue of Music Week. “There was a real excitement about her releasing her first record that we were able to capitalise on. I see within Sheridan the greatness that you associate with the likes of Barbra Streisand and Bette Midler, she is a unique talent."

A Northern Soul has been previewed by lead single Priceless, and Smith will be the subject of an ITV special to be screened on Sunday (November 4).