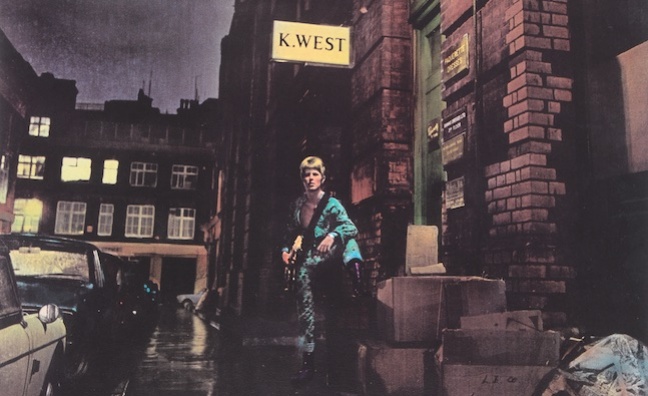 Since the death of David Bowie in 2016, the estate and Warner Music catalogue label Rhino have been active on a reissues campaign as well as establishing his catalogue on streaming. Bowie also launched on TikTok.

Warner Music recently signed a deal to bring all of David Bowie’s catalogue to the major. The lost covers album, Toy, is finally getting a release on November 26.

The Bowie 75 campaign launches with the opening of two curated experiential pop-up shops in London and New York City.

From October 25, 2021 to David Bowie’s birthday in late January 2022, the Bowie 75 locations will be up and running at 14 Heddon Street in London and 150 Wooster Street, steps away from  Bowie’s longtime downtown New York City neighbourhood. The final Blackstar album was recorded in New York.

Fans will recognise Heddon Street as the London location where the cover of The Rise And Fall Of Ziggy Stardust And The Spiders From Mars was shot. A commemorative plaque is at 23 Heddon Street.

“The pop-ups will offer visitors a unique and immersive career-spanning deep dive into the sound and vision of David Bowie,” according to the announcement.

Features of the stores include:

• Immersive audio and HD video screening rooms in partnership with 360 Reality Audio - fans will be able to hear and see Bowie content available for the first time in immersive audio, exclusively in the Bowie 75 locations.

• Hours of video content including previously unseen behind-the-scenes material, rare footage from the Heathen and Reality eras, and more.

• Opportunities to purchase limited edition releases of exclusive Bowie apparel and collectibles, as well as limited run LPs and CDs from both the Warner/Parlophone Records and Sony catalogues.

• Fans can place themselves in iconic costumes and set pieces to create fun and shareable social media moments.

An official site has launched at  www.bowie75.com.

Laura Thursfield, customer partnership manager at The Crown Estate, said: “We want our spaces to be engaging and exciting, bringing new concepts and brands which complement the destination and give people new reasons to come to London’s West End. This pop up is not only an opportunity to build on Heddon Street’s history, as the location of the album cover shoot for The Rise And Fall of Ziggy Stardust And The Spiders From Mars, but a really interactive, creative approach to retail.”

The New York City store is open every day from 11am to 7pm.

PHOTO: David Bowie, Heddon St, London January 1972 by Brian Ward, as featured on the cover of The Rise And Fall Of Ziggy Stardust And The Spiders From Mars