'David is a visionary': Sony relaunches Arista with David Massey 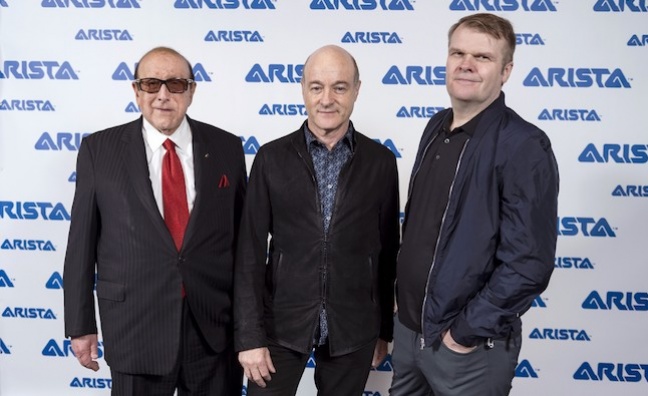 Sony Music Entertainment has relaunched Arista Records, which will be headed up by former Island president/CEO David Massey.

CEO Rob Stringer announced the revival of Arista, which will be a new frontline creative centre within Sony Music. Massey, president and CEO, will be based in New York and report directly to Stringer.

In addition, Sony Music and Massey have entered into a new joint venture for management and music publishing businesses. The renowned British music executive is returning to the major where he spent a large period of his career prior to the move to Universal Music just over a decade ago.

Stringer said: “We are excited to be reintroducing the iconic Arista brand as a full major label under the leadership of David Massey. David is a visionary and progressive talent developer and his recent success at breaking new artists around the world only highlights his remarkable consistency of creative success year after year. As well as releasing new music to the world, David will use his vast experience in building new publishing and artist management ventures that will enhance Sony Music’s overall music strategy.”

Massey said: “I want to thank Rob Stringer for the phenomenal opportunity to return to Sony Music in an expansive new partnership and lead the next chapter of Arista Records. Clive Davis made the Arista name synonymous with tremendous creativity and great songs, and I look forward to continuing that identity by working with the many talented people at Sony to build a new roster of hit artists. I am also excited to join forces with Sony to drive additional growth through artist management and music publishing.”

Founded by Clive Davis in 1974, Arista Records is an iconic label that was previously home to artists including Whitney Houston, the Kinks, Patti Smith, the Grateful Dead, Carlos Santana, Barry Manilow and Aretha Franklin.

“I am really delighted to see the Arista name return to a place of prominence under an executive with the talents of David Massey,” he said. “David is a true music man who has tremendous respect for artistry, and he is the ideal choice to carry on the label’s great tradition.”

For the past five years, Massey ran Island Records US, which is now headed up by fellow British exec Darcus Beese.

During his reign at Island, Massey worked with artists including Shawn Mendes, Demi Lovato, Nick Jonas, The Killers, Fall Out Boy, Mike Posner, Elton John, Bon Jovi and Tove Lo. Massey previously spent six years as president of Mercury Records, where he enjoyed success with Duffy, Portishead, Taio Cruz, Neon Trees, The Wanted, The Saturdays, The Gaslight Anthem and Jake Bugg. He also oversaw A&R for a number of major Island Records artists while at Mercury.

Massey returns to Sony just over a decade since he left the major, where he was EVP, A&R, at Sony Music Label Group US from 2004, as well as president of his own imprint, Daylight Records. He spent his early label career at Sony Music with Epic Records, taking on various roles over a decade, including EVP/GM and EVP of A&R. During his first spell at Sony Music, he worked with artists including Shakira, Oasis, Good Charlotte, Franz Ferdinand, Travis, Silverchair and Delta Goodrem.

At the beginning of his career, Massey was based in London and headed up his Big World Records label, in addition to a management business that represented artists including Wang Chung.