Defected renews label and publishing deals with ADA and BMG 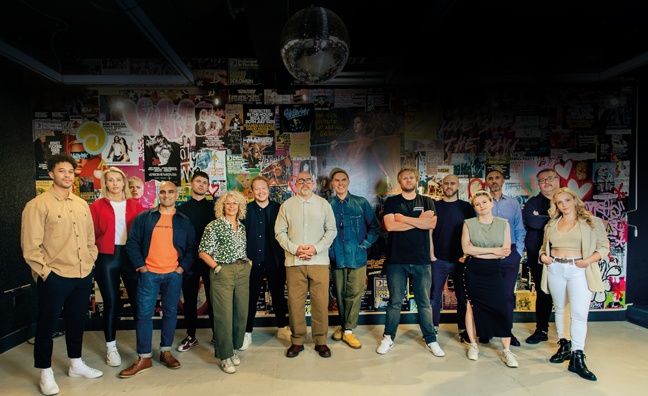 Defected has renewed its deals with ADA and BMG, Music Week can reveal. The new deals with both companies run until 2024.

Defected has worked with ADA since 2008 to distribute the label’s recordings. The Warner-owned company will continue to collaborate with Defected to support its releases, strategically support its digital output and work as a consultant for larger-scale projects.

ADA’s managing director Howard Corner said: “Defected is without doubt one of the most important and influential independent labels in the world today. A truly global brand, they’ve been at the forefront of dance music since their launch, making a huge contribution with era- and scene-defining records through to recently owning lockdown with their livestreams and Virtual Festivals.

“Always innovating, they’ve constantly pivoted through changing times and as they enter into a new and exciting era we’re absolutely delighted to continue our successful partnership in helping their business grow and their music reach more fans worldwide.”

Wez Saunders, managing director, Defected Records, said: “As we continue to grow, so too does our relationship with ADA who have supported our global, strategic recordings plans across the years. Together, we enter the next phase of Defected’s history, as we continue with our pursuit as the new era music company. We are very pleased to be renewing this partnership with ADA.”

Great writers, immaculate A&R: Defected are one of the most accomplished players in their field

Defected’s publishing arm Defected Music also continues to grow, renewing its deal with BMG, which was initially signed in 2015.

“Throughout the UK lockdown our new studio space was being built directly under our office,” said Bookbinder. “Since we’ve been back we’ve been organising writing camps and the space has quickly become a much loved and busy hub for all of our creatives: writers, producers, musicians, artists, all of them coming together and having the freedom, not to mention the mental and physical space, to do what they do best. Our relationship with BMG’s A&R team has also continued to strengthen over the years and we’re looking forward to the growing number of cross-roster collaborations.”

Shamus Damani, Defected’s head of legal & business affairs, added: “We are very happy to have committed to a further extension with BMG. Defected Music’s publishing business has continued to grow exponentially year-on-year since penning its first deal with BMG way back in 2015 and this growth shows no signs of abating. This has been due to a number of factors but mainly as a result of some fantastic writer signings coupled with BMG’s A* administration services and wonderful global sync team.”

Hugo Turquet, BMG SVP publishing UK, said: “Great writers, immaculate A&R: Defected are one of the most accomplished players in their field. It’s been six years since we first started working with Defected. When they first decided to sign with us, that was exciting enough, but their decision to re-commit to BMG is even better. This is a genuinely collaborative relationship which we are determined to grow.”

Defected has extended both ADA and BMG deals until 2024, covering all territories worldwide across both contracts.

Subscribers can read our interview with Defected’s team here.