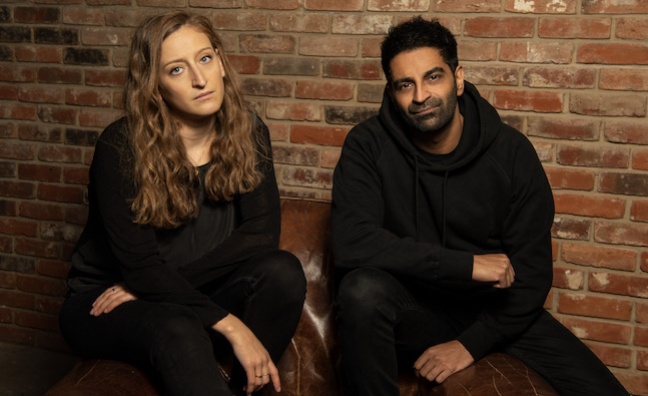 Dipesh Parmar joined Sony Music in 2016 when Sony acquired Ministry Of Sound Records. He takes up his new position following two years as president at the label.

He will continue to report directly to Jason Iley, chairman and CEO, Sony Music UK & Ireland. It follows the departure of Columbia president Ferdy Unger-Hamilton and MD Manish Arora.

Amy Wheatley, who worked alongside Parmar at Ministry Of Sound, will join him at Columbia. She has been appointed managing director, returning to the label where she previously worked as marketing manager, leading on projects for Calvin Harris, MK and Tyler the Creator, among others.

Amy Wheatley joined Ministry of Sound Records in 2017 as general manager, and was promoted to managing director in 2021. She will continue to report to Dipesh Parmar.

Ministry of Sound Records will now operate under the Columbia Records umbrella.

Sony Music said that the executive duo have been responsible for Ministry of Sound’s growth and increased market share across every measure year-on-year.

They have developed the roster and, under their stewardship, the label has achieved a string of global multi-platinum hits with artists including Riton, Oliver Heldens, Paul Woolford, Ewan McVicar and Majestic. They have spearheaded global campaigns for domestic artists including Regard, London Grammar and Sigala, and have achieved success with international artists including Doja Cat, Tate McRae and Lil Durk.

I am inspired by what they have achieved at Ministry of Sound, and I am confident that they will drive Columbia into the future

Jason Iley, chairman & CEO, Sony Music UK & Ireland, said: “Dipesh and Amy are two of the most talented, respected and well-liked executives in the business. Dipesh is a true A&R man who immerses himself in music and continually drives artists to achieve success. Amy is passionate and ambitious and has played an integral role in the evolution of Ministry Of Sound. They both think differently and are committed to cultivating a vibrant and talented team of executives and an incredible roster of artists. I am inspired by what they have achieved at Ministry Of Sound, and I am confident that they will drive Columbia into the future.”

Dipesh Parmar, president of Columbia Records UK, said: “To be appointed president of one of the world’s most iconic labels is truly humbling, an absolute honour and one of the proudest moments of my career. I would like to thank Jason Iley and Rob Stringer for this opportunity and for their support. I would also like to congratulate Amy, with whom I’m hugely excited to build on the label’s culture and success. I’m very much looking forward to working with the greatly experienced and talented teams and to continue the legacy of Columbia Records.”

Amy Wheatley, managing director of Columbia Records UK, said: “What an incredible opportunity to contribute to one of the greatest labels in the world. I am excited to get started and collaborate with the legendary artists, amazing managers and the brilliant team who power Columbia Records. Leading this iconic label alongside Dipesh is monumental, and I want to thank Jason and Rob for putting their trust in us."