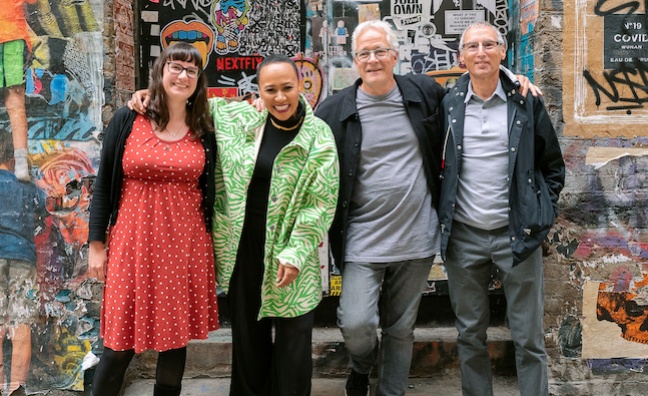 Chrysalis continues to grow its roster of artists since relaunching as a frontline label in February 2020.

Recent signings include Laura Marling (with Partisan Records) and Liz Phair. Laura Marling’s Song For Our Daughter was shortlisted for the 2020 Mercury Prize and has 33,543 sales to date.

Across her career she has collaborated with artists including David Guetta, Rudimental, Ghetts, Giggs, Bugzy Malone, Chip, Labrinth and Naughty Boy. A run of BRIT Awards began in 2012 when she received the Critics' Choice Award.

Emeli Sandé performed both at the Opening and Closing ceremonies at the London Olympics in 2012.

Emeli Sandé said “I am thrilled by my new partnership with the legendary Chrysalis Records! I have been inspired by many of the artists on their impressive catalogue. I’m very proud to now be a part of this legacy. The unreserved belief and respect they have shown to me and my music gives me great faith that this is the perfect home for my fourth album. I very much look forward to our future together and the exciting journey ahead!”

Jeremy Lascelles, CEO Chrysalis Records, said, “Emeli’s arrival on the music scene ten years ago felt like a breath of fresh air, and like many people I was blown away by her voice and musicality. What a thrill it is that she has chosen Chrysalis Records as the label to release her next record. I genuinely feel that she has come up with a body of work that is the best of her career so far. It combines all that we know and love about her, centred around THAT voice, with a stunning set of songs that will surprise and excite everyone. I can't wait for the world to hear this great music.”

Robin Millar, chairman Blue Raincoat Chrysalis Group, said. “Often great artists’ fourth albums transcend their stellar beginnings. Joni Mitchell’s Blue and Stevie Wonder’s Fulfillingness' First Finale are such records. Emeli Sande’s fourth record is in this great tradition and will, I am sure, influence the next generation of talented singers and musicians. Thoughtful, original, wise and passionate, this album is one I’m very proud we’re putting out to the world.”