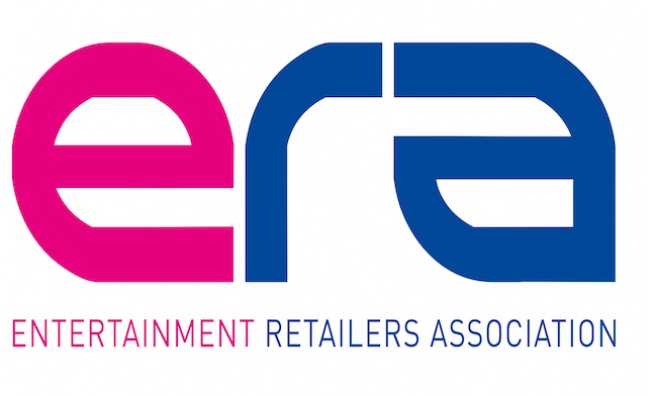 Representatives of all the UK's leading music companies have paid tribute to the work of digital services and record shops in helping the music industry get through the coronavirus lockdown.

Executives expressed their thanks in a series of messages to the ERA AGM this week. It took place as an in-person event for the first time in two years at the Everyman Cinema in London’s Kings Cross.

David Hawkes, president, Commercial and Creative Services Division, Universal Music UK, said: “I would like to send on behalf of all the Universal labels a massive thank you and congratulations for a successful 12-18 month period in what has, let’s be honest, a trying time. The incredible work, particularly of the independent sector to pivot online as the stores closed was nothing short of phenomenal.”

Paul Pacifico, CEO, AIM, said: “We all know this has been an incredibly tough year. For us one of the inspiring outcomes has been how the whole sector pulled together to support each other from our largest digital partners who provided the tools, training and funding to support the independent music sector to the labels and distributors who worked to support independent record shops through campaigns like Record Store Day and Love Record Stores. It is often said that ours is a relationship business and in this time of crisis we’ve seen the value and importance of the people behind the digital systems and the impact of our shared passion to support artists and releases no matter what the challenges we face."

Alistair Norbury, president, repertoire & marketing UK, BMG, said: “The last 18 months has been challenging and extremely difficult for retail and we would like to thank you for all your support for our releases during this time including records by Van Morrison, Black Sabbath, Roisin Murphy, Kylie and KSI. Coming up for Q4 we have a great line-up of new records including Nick Cave, Motorhead, Duran Duran, JLS, Natalie Imbruglia and a new release from Kylie. We thank you for your continuing support and wish you the very best for the rest of the year.”

Greg Lawton, VP, sales, Sony Music UK, said: “A quick thank you from everyone here at Sony for the work you’ve done in the past 12 months. We’ve had some big releases – AC/DC, Springsteen, Dylan, Foo Fighters – and we’ve had some amazing results and we couldn’t have done it without you guys. We really appreciate the work you’ve put in and how you support our releases.”

Derek Allen, SVP, commercial, Warner Music Europe, said: “Congratulations to ERA and all its members for an incredible performance in the most extraordinary circumstances. To deliver consistent growth over the last 18 months is a real testament to the resilience and adaptability of the UK music marketplace. A big thank you to you all from everyone at Warner Music.”

Richard Sefton, director UK Sales, of Music Week Award winners Integral Music, said: “Here at PIAS, we love record stores so this is a great opportunity for us to thank you for all your hard work and support over these difficult last 18 months. The inventiveness and sheer bloodymindedness to get your businesses working so well during this time has been truly inspirational.”

ERA CEO Kim Bayley said, “We really appreciate the recognition the UK’s leading labels have today given to the magnificent response of digital services and retailers to the pandemic lockdown. When the live music business devastated the incomes of many artists, the work of ERA members in keeping the recorded music business going provided a financial lifeline to many. The response of ERA’s members has been dynamic proof that crisis is the best test of character.  Even after 19 years at ERA, I was taken aback by the efforts our members made, the mountains they moved, to keep on keeping on.”

TikTok were also winners at the Music Week Awards this week.

Addressing the ERA AGM, head of UK operations Paul Hourican said: “We want our role to grow in the UK music industry and in the markets we’re working in across Europe and beyond. We want to be a good partner, to be value add and contribute to the ecosystem that keeps our business going. From nurturing new talent, supporting established acts, being a home for campaigns, for creativity, to test, to learn and to connect those with a passion for music - whatever that music may be - around the world.”

Leeds indie Crash Records, e-commerce platform Music Glue and online retailers Rarewaves and The Hut have been elected to the board of ERA.

ERA CEO Kim Bayley said: “With the digital and physical market leaders of virtually every segment of the music, video and games markets, ERA’s membership is more diverse and arguably more representative than it has ever been in our three decade history. There can be very few organisations in which a world-class executive from a global technology platform sits side by side with an owner manager who may only have one or two employees – but that’s ERA.

“I would like to congratulate everyone who has been elected or re-elected to the board. It is their commitment and expertise which makes ERA such a potent force.”