'Everybody in the music industry wants to work in a record store': Highlights from the RSD film 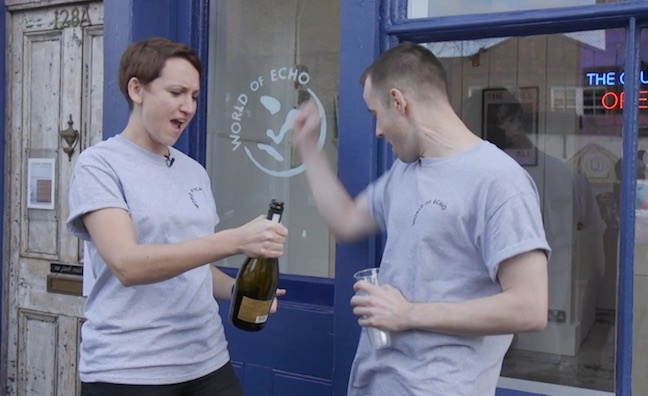 “It keeps going and going, you think it’s going to plateau and stop but it hasn’t,” says Rough Trade’s Nigel House at the start of the official film of Record Store Day 2019.

He’s talking about the vinyl revival, of course, which is also the title of the film directed by Pip Piper. The documentary is inspired by Proper Music veteran Graham Jones’ authoritative book The Vinyl Revival And The Shops That Made It Happen.

The film was made available via a download link as part of an official limited Record Store Day release with a compilation from Distiller. It’s set for a London screening in June.

Jones’ previous book, Last Shop Standing: Whatever Happened To Record Shops?, was also the basis of a documentary. When that was published in 2009, vinyl was still a niche activity. But, as the follow-up film shows, it’s now in rude health.

More than 100 new record shops have opened in the past decade, including the recent entrant to the vinyl market, World Of Echo. The documentary captures the opening of the East London store, which is co-owned by former Matador UK GM Natalie Judge.

She also describes record stores as “inspiring places” - and plenty agree. Other interviewees in the film remark on the smell; one long-time long-player obsessive describes the turntable as the “altar”.

Independent record shops never gave up on the format

There are hard sales statistics behind this documentary, although they’re delivered in a slightly scattershot style on camera. According to the BPI, 4.2 million vinyl LPs were purchased in 2018, the 11th consecutive year of growth. But the rate of growth is slowing.

There are warnings about indie stores being muscled out of the vinyl movement they helped to reinvigorate, as supermarkets and HMV up their offering. Jones suggests that D2C is the dark cloud hanging over the independents – but he remains optimistic.

“Never have I seen the scene so vibrant,” says Jones, who’s been in the business for 32 years. “In the last year alone, I’ve visited 40 new record shops, many of them owned by young people excited by the vinyl revival.”

The Orielles also pop up as part of the film’s running theme about how young people are embracing vinyl.

The film-makers travel to new stores such as Container Records in Brixton (housed in a former shipping container) and familiar haunts such as Banquet Records, Sister Ray and Rough Trade East.

“The appeal of that vinyl format I don’t think has ever truly gone away,” adds Radiohead’s Philip Selway. “It’s a really accessible, tactile format.”

Alison Wenham describes the relationship with records as “an expression of love”.

“I feel really positive about the future, it’s really rewarding being on the other side of things,” says Judge.

For the true vinyl lover, every day is Record Store Day...

The Vinyl Revival And The Shops That Made It Happen (Proper Music Publishing) by Graham Jones is out now.