Fantastic Q4: Inside some of the biggest albums still to come in 2019 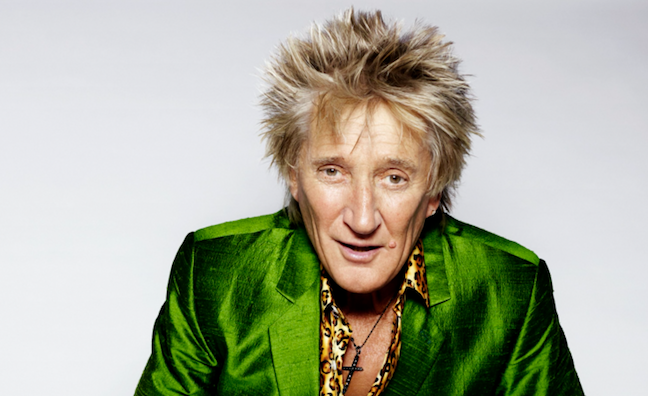 The annual Q4 preview is Music Week’s comprehensive guide to big releases, as we look ahead to the biz's busiest time of the year. And to mark the start of the quarter we’ve interviewed The Who, their management and the Polydor team ahead of the rock icons’ first studio album in 13 years.

Music Week has already set up some of the other big albums for Q4 – subscribers can read our story on retail’s expectations for the quarter including the Frozen 2 soundtrack, the Celine Dion comeback and the Liam Gallagher sophomore album. But here we round-up some of the other key releases coming your way from Universal, Sony, Warner, PIAS, BMG…

PIAS: “Cigarettes After Sex will return with their highly-anticipated second album - Cry - on October 25, via Partisan Records. Recorded during nighttime sessions in a mansion on the Spanish island of Mallorca, the album is a lush, cinematic meditation on the many complex facets of love: meeting, wanting, needing, losing... Sometimes all at once. The album was self-produced and engineered by Greg Gonzalez, and mixed by Craig Silvey (Arcade Fire, Yeah Yeah Yeahs).”

BMG: “Simply Red are back with Blue Eyed Soul, a 10-track masterclass in funky, brassy soul music and emotionally charged ballads. Recorded in London at British Grove Studios, as live with few overdubs, all 10 tracks were written by Mick Hucknall and produced by long-time collaborator Andy Wright. The results are simply sensational. First single Thinking Of You was A list on BBC Radio 2. A worldwide headline tour will follow in 2020.”

Warner Music: “Sir Rod Stewart celebrates 50 years as a solo artist with a brand new album You’re In My Heart: Rod Stewart With The Royal Philharmonic Orchestra. Recorded at Abbey Road Studio One and produced by Trevor Horn, the album combines classic vocals with newly recorded arrangements by the Royal Philharmonic Orchestra, featuring the hits Maggie May, Sailing, I Don’t Want To Talk About It, You’re In My Heart and many more. The album also includes a duet with Robbie Williams, It Takes Two, and previously unreleased song Stop Loving Her Today.”

JEFF LYNNE’S ELO
FROM OUT OF NOWHERE
RCA
November 1

Sony Music: “Rock & Roll Hall Of Famer and music legend Jeff Lynne will follow up a remarkable run of sold-out European and American tours with a new album, From Out Of Nowhere, on November 1. Jeff Lynne’s ELO, whose music has touched fans deeply across three generations, has found himself at the peak of his powers as a songwriter, musician and producer in recent years. The forthcoming album features a buoyant title song which opens the 10-track record that ranges from the wistful Help Yourself to the celebratory Down Came The Rain, the churning rocker One More Time and the sweet closer, Songbird. From Out Of Nowhere shows Lynne finding new facets to his signature sound, at once drawing on his globally loved legacy and forging new paths in both sounds and emotions.”

Universal Music: “Kiwanuka was recorded with Danger Mouse and Inflo, the same production team that combined so magnificently on Love & Hate, the album that netted Michael Kiwanuka his second Mercury Prize nomination and more BRIT nominations. The new album explores personal themes like his life-long questioning of his own identity, as well as those of hope and of power.”

NOW 100 HITS CHRISTMAS
Now That’s What I Call Music
November 8
Now: “Now That’s What I Call Christmas is the seventh best-selling album of all time in the UK, with 4.5 million units sold so far. With the success of Now’s 100 Hits series in 2019, this November sees an expanded 100 Hits version of this phenomenal and well-loved Christmas album. Get into the holiday spirit with the finest collection of festive hits.”

If you didn’t grab hold of our bumper Q4 issue last week (October 7), click here to order your copy or take out a subscription.