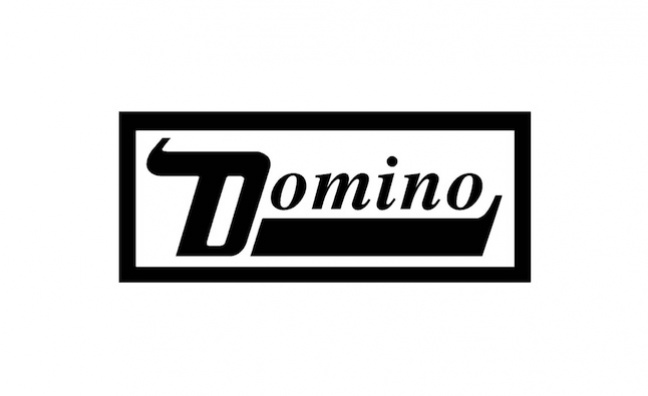 With the industry, government and regulators currently scrutinising streaming remuneration for artists, Music Week can reveal that one of the biggest independent labels is facing a legal action over its royalty rate applied to a historic contract.

Kieran Hebden, the pioneering UK electronic music artist who performs as Four Tet, has made the claim for damages against Domino Recordings based on its royalty rate for streaming and downloads of albums and singles first released in the noughties.

The case could set a precedent for streaming royalty rate disputes, particularly for contracts signed in the pre-digital era. While other artists may have disputed their DSP royalties with labels, Hebden is believed to be the first to pursue the claim as far as the High Court.

Hebden and his lawyers entered into a legal dialogue with Domino over his claims that the label was in breach of contract. With both sides unable to reach an agreement, the case is set to be tried by a judge at the Business and Property Courts of the High Court of Justice.

The case made by Kieran Hebden and submitted by his lawyer Sam Carter, of Hogarth Chambers, centres on the royalty rate that Domino is contractually obligated to pay for streaming royalties and downloads. Four Tet is claiming a royalty rate of 50%, while Domino is defending its decision to apply a rate of 18% to streams and downloads based on the contract relating to sales of records.

Whether the judge backs either party, or sets an alternative streaming royalty rate, the case could have ramifications for the recorded music industry.

Four Tet is seeking damages of up to £70,000 plus costs over the claim for historical streaming and download royalties, as well as a legal judgement on the 50% rate.

The claim is complicated by the fact that Four Tet’s contract with Domino was signed in February 2001, well before Spotify was launched in 2008 and even before the release of the first iPod in late 2001.

Under that contract, Four Tet provided Domino with three albums - Pause (2001), Rounds (2003) and Everything Ecstatic (2005), as well as one live album and two EPs/mini-albums and eight singles. The 2010 album There Is Love In You was not released under this contract.

While the contract states that record sales are subject to a royalty rate of 18%, Hebden’s lawyers have argued for a higher rate of 50% for downloads and streaming revenue (or a “reasonable” rate if a judge rules that the contract does not cover streaming).

The particulars of claim stated: “Four Tet will contend that a reasonable royalty rate in respect of revenues derived from exploitation by way of streaming and/or digital download under the implied term of the 2001 Agreement has at all material times been at least 50%; Four Tet's position as to the precise rate is reserved pending evidence and/ or expert evidence on this issue.”

A reasonable royalty rate... has at all material times been at least 50%

The case could rest on the interpretation of the following 2001 contractual clause: “In respect of the exploitation of the Masters and any videos embodying the Masters and received by us from our licensees outside the UK we shall credit your audio and audio-visual royalty accounts respectively with 50% of all royalties and fees arising from such exploitation.”

Hebden’s legal team argued that for all download and streaming services operating outside of the UK (which covers all the big players), that 50% rate would be applicable.

Domino has rejected that claim and pointed to a separate clause of the 2001 contract that states: “In respect of records sold in new technology formats other than vinyl, Compact Discs and analogue tape cassettes the royalty rate shall be 75% of the otherwise applicable rate.”

On that basis, Domino argues, digital downloads (including streams) are considered a new technology format and Hebden was only entitled to 75% of 18% of the dealer price (ie a 13.5% royalty rate), although the label has paid the full 18% on a discretionary basis. The indie also stated that “a stream is always technically a download of data packets”, and would be subject to the same rate as downloads.

“Streaming was not, as at the date of the 2001 Agreement, a mainstream method for the lawful distribution of recorded music and was not as at that date within the contemplation of the parties,” added Domino in its defence.

According to the latest market shares for the first six months of 2021 from the Official Charts Company, Domino’s total track streams increased 20% (versus 9% market growth) year-on-year to 331 million. The indie is the seventh biggest corporate group for streams with a 0.5% market share. It has had strong results on DSPs with Arctic Monkeys’ catalogue, including 442,115 equivalent sales to date (Official Charts Company) for the band’s 2013 album AM.

The claimant’s document also touched on an issue that came up in the DCMS Committee streaming inquiry.

“The costs to labels of releasing music by way of streaming services or online music stores are substantially lower than the costs associated with releasing music in traditional physical formats (including the costs of manufacture and distribution),” it stated. “As a result of these lower costs, the royalty rate payable by labels to musical artists on streaming or download revenue is typically significantly higher than the rate payable on physical formats.”

In the legal defence filed with the court, Domino responded: “It is admitted that the commercial exploitation of recorded music by way of streaming services or digital download stores involves lower costs of product manufacture and distribution than those associated with the commercial exploitation of recorded music via physical formats. Under the 2001 Agreement, the costs of product manufacture and distribution were reflected in part by the application to physical formats of packaging deductions which (as the Claimant acknowledges...) were not applicable to digital formats.”

Streaming was not, as at the date of the 2001 Agreement, a mainstream method for the lawful distribution of recorded music

Another familiar issue from the streaming inquiry was the more generous royalty rates often paid by independent labels compared to majors.

Domino denied this claim and responded: “Royalty rates agreed between record labels and artists for different forms of distribution are negotiated on a case-by-case basis and are influenced by a range of factors, including without limitation: (1) the extent to which any particular form of distribution is prevalent in the market at the time of the agreement; (2) the relative market power (having regard to their respective resources and the strength of their brands) of the record label and artist; and (3) the relative investments made by the record label and artist, including the extent of the advances (if any) payable by the record label to the artist.”

Domino’s defence also made reference to an email exchange last year in which it said that Hebden had contacted label owner Laurence Bell and director Harry Martin and requested to buy back his masters, and that Domino had declined to do so.

“It is a legitimate inference that the Claimant’s challenge to the Defendant’s application of the 18% royalty rate to streams and downloads forms part of a strategy on his part to exert pressure on the Defendant to sell him the Masters,” it stated.

In its defence, signed by Harry Martin, the label noted that the legal claim “...followed a period of almost two decades during which he had accepted the basis on which the Defendant accounted to him under the 2001 Agreement for streams and downloads.”

The document filed by Domino concluded: “It is denied... that the Claimant has any claim for damages or that the Defendant has under-accounted or is under-accounting to him.”

Click here for all of Music Week’s coverage of the DCMS Committee streaming inquiry.

Click here for our interview with Domino's Laurence Bell published earlier this year.