From Sam Fender to Celeste, how Polydor is breaking artists in the streaming era 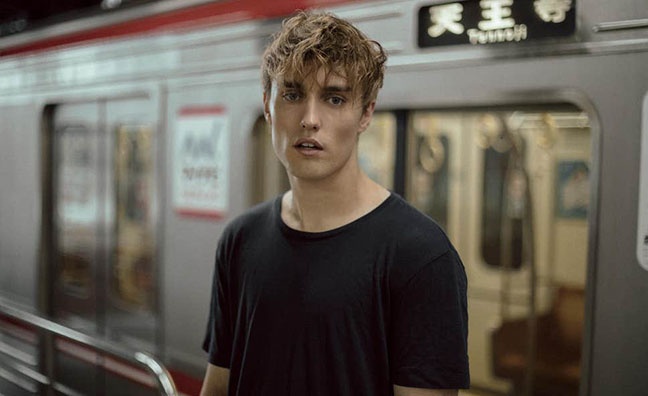 Polydor is having a strong run with breaking new acts.

As revealed in the latest issue of Music Week, the label secured entries in the Top 100 albums of 2019 with debuts released that year from Sam Fender, Mabel and Jax Jones.

The label was named Record Company Of The Year at the Music Week Awards in 2019. Now it’s the frontrunner at the BRITs with nine nods, including three for Mabel.

Polydor is hoping to hit the target with Celeste, the hottest new artist right now and the current Music Week cover star. The label also has big ambitions for Yungblud, Sea Girls and Inhaler.

Here, head of marketing Stephen Hallowes opens up about breaking acts in the streaming era…

How have you managed to break acts across different genres?

“One of the great things about Polydor’s roster is its diversity. The team are all experts at working so many different types of acts in different genres and delivering success. Mabel and Jax Jones were singles and streaming-driven projects where, through clever strategy, we managed to deliver two of the biggest-selling debut albums of the year. The strategy on Jax Jones in particular was really experimental – literally building an album up from five tracks to 15 tracks over the course of nearly a year.  So to see that pay off with a gold album is incredible. Sam Fender was one of the most thorough and creative formatting and D2C/sales jobs I’ve ever seen to maximise his growing fanbase and deliver the second biggest week one for a debut artist of the year.

“On Celeste we devised a plan at the start of 2019 with the ultimate aim of winning the BRIT Rising Star and BBC Sound Of Poll, and every member of the team meticulously delivered on every element of that plan throughout the year, with huge credit to her incredible promo team. And Mabel grew in every area last year, but I think in particular the job done on her internationally with a gold or platinum single in over 20 countries and her MTV EMAs performance really contributed to her breaking to another level. The three BRIT nominations are also testament to that.”

“Clearly content and activity on social media are huge drivers of discovery and consumption, and really the first port of call when you’re trying to connect an audience to a new artist. The competition for attention simply puts pressure on quality. If you look at the Celeste campaign, especially with Strange leading into the polls, we drip-fed a lot of different content for that song out over an extended period to keep building interest in her and the song. Every single thing we put out was of a quality level that her incredible music and talent demands. I think that’s part of why she got so many people’s attention so quickly.”

Are you confident about 2020 with acts including Celeste, Inhaler and Yungblud?

“2020 is exciting. In terms of new acts, obviously Celeste, Yungblud, Inhaler, Sea Girls and Becky Hill to name just a few. Every campaign is different. Celeste winning both the BRIT and BBC Poll is a huge driver for her currently. Yungblud is unstoppable with his audience continuing to multiply at an incredible pace – he’s sold out five shows at the Forum in May. Inhaler and Sea Girls are both following in Sam’s footsteps in the sense that they’re really connecting to and growing a loyal live audience and starting to sell a lot of tickets in London and around the country.

“And Becky Hill is exploding globally on streaming – she’s currently the third biggest British dance act on Spotify globally with 18 million listeners. She had a great year in 2019 with collaborations, and 2020 feels like it will be her biggest yet as a lead artist. There are always challenges in breaking artists, but with the right act and the right strategy they aren’t insurmountable – as we proved in 2019.”

To read our report on breaking artists pick up the latest issue – or subscribers can click here.