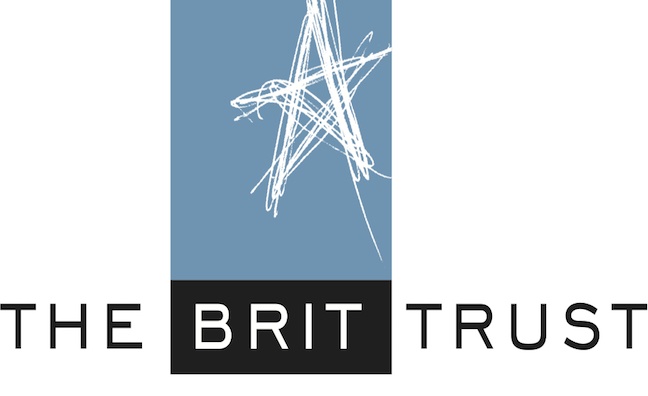 The BRIT Trust has celebrated its 30th birthday and the millions of pounds of donations it has made to worthy causes.

As revealed in the latest issue of Music Week, the Trust has now distributed £26.5 million to a range of charities since it was first set up in 1989.

The Trust receives donations from the BRIT Awards and the Classic BRITs, as well as the annual fundraising dinner the MITS.

The biggest beneficiaries are The BRIT School in Croydon and Nordoff Robbins, the leading independent music therapy charity in the UK. Since 1989 the BRIT Trust has donated close to £15 million to the BRIT School alone.

There was a recent separate donation from YouTube Music, which will allow for a complete refurbishment of the TV, film and media production suite. The BRIT School also fosters a close relationship with Apple, which has donated equipment.

The Trust has made donations to a wide range of other good causes, including Mind. Last year the mental health charity was presented with a cheque for £200,000 - accepted by musician George Ezra as its patron - to promote mental health in schools and in the music industry.

Other charities to benefit over three decades include War Child, Save The Children, Key4Life, Chicken Shed, The Prince’s Trust, Music Support, DrugWise and many more. The Trust has also supported other educational establishments that are involved with creative industry education, including Birmingham Ormiston Academy and ELAM Academy (East London Arts & Music).

The BRITs Apprentice Scheme – launched in January 2018 by the BPI and funded in large part by The BRIT Trust – gives 10 people from diverse backgrounds in England and Wales a unique high-quality paid opportunity to work in the music industry.

Chairman of The BRIT Trust, John Craig, said: “At the Trust we recognise how important it is to provide opportunities for young people to express their creativity, often through music. More than ever, in today’s society, it is critical to give students life skills that convert into jobs. Over the last four years, 99% of students leaving the School have either gone into higher education or jobs within the creative economy which is growing faster than any other sector.

“Over £25 million is an extraordinary figure made possible by all the artists who have appeared at the BRIT Awards over the years, the acts who performed at Knebworth 29 years ago and all who have performed at the MITS dinners. This sum has only been made possible through their generosity of spirit and the Trust works hard, and will continue to do so, to ensure that as many young people as possible can benefit at a time when the social, cultural and economic importance of the arts in this country are under threat.”

Jason Iley, chairman & CEO, Sony Music UK and Ireland, and outgoing BRIT Awards chairman, said: “The BRIT Trust has been making a hugely positive contribution to society for three decades and during my tenure as BRITs Chairman I got a real insight into the magnitude of work and the difference that their fundraising makes towards people's lives. I am particularly proud to have been able to support Mind last year in their efforts to educate and help raise awareness around mental health.”

Geoff Taylor, chief executive BPI & BRIT Awards, said: “The BRIT Trust embodies the passionate belief at the BPI, among labels and right across the music industry, that music is a powerful force for good. Over 30 years, it has channelled more than £25 million raised by The BRIT Awards, the MITs and other activities, to a range of fantastic charities promoting education and careers, diversity, wellbeing and healing through music. I wish a hugely well-deserved ‘Happy Birthday’ to The BRIT Trust, and we will continue to support it in its vital work changing lives through the wonderful power of music.”

Maggie Crowe, events & charity director BPI & BRIT Awards, added: “It’s hard to imagine where The BRIT School and Nordoff Robbins would be without the commitment of The BRIT Trust, but many smaller charities, ranging from DrugsWise to Chickenshed have also been given lifelines that have made a real difference to the thousands of young people they benefit. John Craig, his predecessors and all the trustees that have generously given their time over many years deserve huge recognition and thanks, and I am proud to have been a part of this truly collective effort by all parts of the music industry.”

BRITs Icon and Music Support Patron, Robbie Williams, said: "Music entertains, inspires and moves us, but it also has a tremendous capacity to heal - to lift us when we are down and to make us feel that we are not alone. That's why I am so passionate about the work of Music Support in tackling mental health and addictions issues around music, and why I am so grateful for the backing the charity receives from The BRITs and The BRIT Trust."

Outgoing Nordoff Robbins CEO Julie Whelan said: “The BRIT Trust has been one of Nordoff Robbins’ longest standing supporters. Their generous funding over the years has allowed us to use the power of music therapy to enhance the lives of thousands of people with life-limiting illnesses, disabilities and feelings of isolation. In the last four years alone we’ve been able to double the number of people we’re supporting to 10,000 - we couldn't have done this without the amazing support of The BRIT Trust.”

The BRIT School was set up in 1991 and remains the only non-fee paying secondary school in the UK delivering specialised performing arts training in the UK. Since then over 9,000 students have passed through its doors including Adele, Katie Melua, Amy Winehouse, Jessie J, Ella Eyre and Loyle Carner and 2019 tipped acts Freya Ridings, Jade Bird and Octavian.

Stuart Worden, principal, The BRIT School, said: “Happy Birthday BRIT Trust. Over the past 30 years your passionate support for the BRIT School has benefitted thousands of young people; from the household names who tour the world, are on our screens and on our stages to many unsung heroes working in music, theatre, film and the arts. The BRIT Trust has been our greatest friend and transformed lives and made dreams come true.  Not only is the School grateful for their commitment to championing music and education but the whole country too.”

To read the interview with John Craig, pick up the latest issue of Music Week - or subscribers can click here.