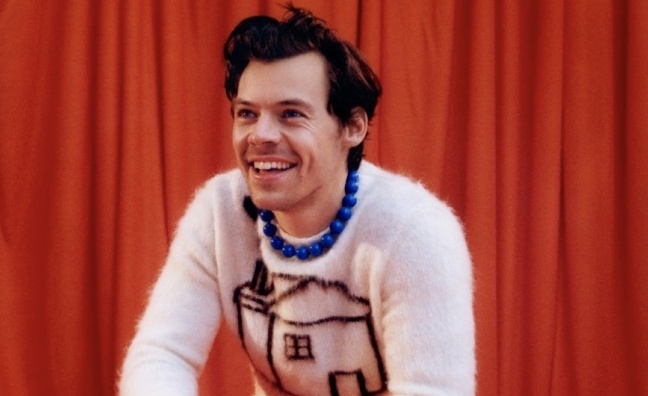 Based on revenue performance, Harry’s House was the No.1 recorded music project in that period, even though it was released several weeks into the quarter (May 20). What’s more, 2019’s Fine Line by Harry Styles - itself a perennial strong performer for Sony Music - was No.6 overall for the major during the three months to June 30 this year.

Future’s I Never Liked You was in second place during the quarter, while Doja Cat’s Planet Her was in third.

Streaming revenue was up 27.5% to 139.111 billion yen (£856 million) in the quarter. Sony noted that on a US dollar basis the increase was 8%, with the high value of the yen affecting these Q1 results after conversion to Japanese currency.

“We are monitoring the impact of the global economic slowdown on streaming services, but we have not changed our view that the global music market, including both recorded music and music publishing, will grow steadily over the next several years at a growth rate in the high single digits,” said executive deputy president and chief financial officer Hiroki Totoki, during the earnings presentation.

Today’s financial results coincide with another strong performance in the weekly charts for Sony Music UK.