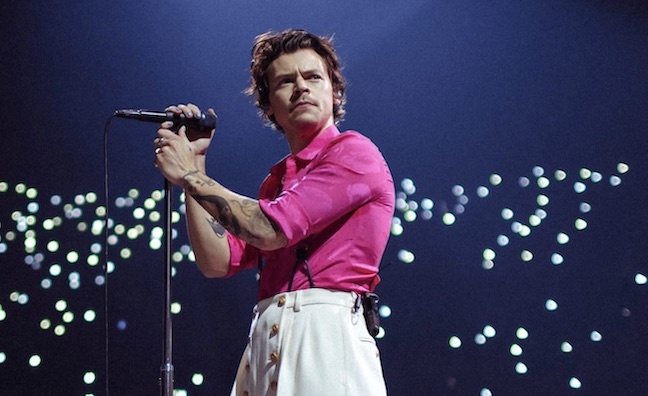 Sony Music had a strong three months as it pulled in £1 billion in recorded music revenue.

But the standout result could be the performance of Harry Styles’ Fine Line (Columbia). First released in December 2019, Harry Styles’ second album was once again Sony Music’s biggest-selling recorded music project for the quarter based on revenue.

Music Week has been tracking the performance of the album at Sony. As well as finishing as the biggest-selling music project at the major during its fiscal 2020 (ending March 2021), it has now been No.1 for Sony Music for six out of seven quarters.

The only quarter it missed No.1 was Sony’s fiscal Q3 2020 (the final three months of the year), when AC/DC’s Power Up came out on top thanks to strong physical sales bringing in global revenue. Even then, Harry Styles was at No.2 for the quarter.

The Grammy and BRIT-winning single Watermelon Sugar has racked up 1,481,542 chart sales, according to the Official Charts Company. It peaked at No.4 in the UK and made No.1 in the US Hot 100.

“Harry Styles’ album continues to motor, demonstrating the lasting impact of an album when it resonates with fans in the streaming market,”  said Charles Wood, Sony Music UK’s VP of market planning and media, in Music Week’s Q2 analysis.

Physical music also had a good quarter at Sony (the year-on-year comparison is with the quarter last year when Covid first hit retailers). Physical revenue was up 63.8% year-on-year to 20.8bn yen (£138m).

Read our Harry Styles cover feature here - and click here for our interview with co-writer Kid Harpoon on Watermelon Sugar.

Click here for the latest on the vinyl boom.