'He's the ideal choice to take Asylum into the future': Ed Howard upped to MD 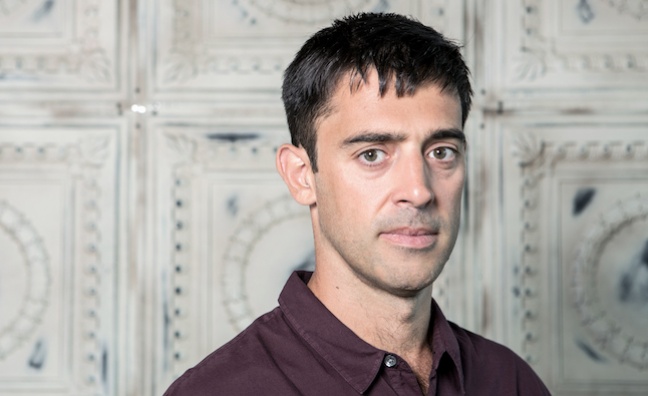 Ed Howard has been promoted to managing director, Asylum Records UK, where he’s helped build careers over the last decade for Ed Sheeran, Anne-Marie and Rudimental.

As exclusively revealed in the latest issue of Music Week, Howard has been upped from his role as A&R director of the Atlantic imprint. He reports to Atlantic Records UK President Ben Cook.

Asylum is also home to artists including Charli XCX and rising star Mahalia.

Howard has been an integral member of the team behind Sheeran’s global success. With over 40 million albums sold, he was the IFPI’s biggest artist in the world in 2017.

Cook said: “Ed was the first appointment to the Asylum team when I relaunched the label in the UK a decade ago, it’s been brilliant to see him flourish as A&R and as an executive ever since. Ed’s not only the consummate record-maker, he also possesses the rare gift of being able to attract artists and understand how to help them do their best work and realise their visions.

“He’s the ideal choice to take Asylum into the future. Together, Ed and Atlantic’s other A&R leaders – Briony Turner, Alec Boateng, and Paul Samuels – form an amazing, world-class team of passionate, inspired music-makers. Atlantic isn't just a long-term home for extraordinary artists, it’s a place where courageous, innovative people can grow long-term careers themselves. I’m delighted for Ed on this richly earned promotion.”

Howard added: “With Asylum being such an important part of my life, it’s a distinct honour for me to step into this new position. Our mission is to sign and nurture a select group of original artists, each of whom lives in a unique place on our roster and in the musical universe. I’m extremely proud of them all.

“I want to thank Ben for all the support he has shown me over the years and for this opportunity to grow the Asylum legacy. I also want to thank our Asylum team, including Kevin Christian-Blair, as well as the wider family at Atlantic who back us impeccably. I look forward to continuing to execute our artists’ vision with enthusiasm and dedication.”

The imprint is also home to Ed Sheeran’s imprint labels Gingerbread Man and Rudimental’s Major Tom’s, which signed Anne-Marie. The singer is the breakthrough artist of 2018.

Asylum is currently preparing to release Rudimental’s third album, Toast to Our Differences, in January. There are also plans for a new album from Charli XCX and the debut from Mahalia.

To read the full story, including exclusive interviews with Ed Howard and Ben Cook, pick up the latest issue - or subscribers can click here. To subscribe and never miss a big industry story click here.