'He will bring a fresh and dynamic approach to A&R': Nick Huggett takes CCO role at Because Music UK 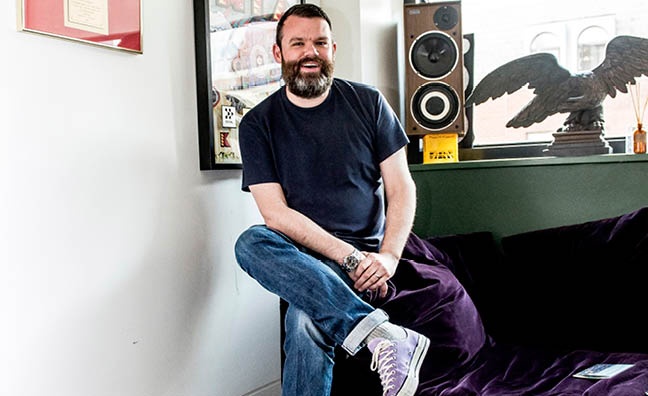 Nick Huggett has been appointed as chief creative officer at Because Music UK. The appointment was exclusively revealed in the latest issue of Music Week.

The newly-created role at the indie follows the departure of SVP of A&R and marketing, Jane Third, who is now global chief creative officer at PIAS. Third helped steer artists including Christine And The Queens, Metronomy and Major Lazer to UK success.

Huggett discovered, signed and developed Adele when he worked in A&R at XL Recordings, as well as signing artists including Dizzee Rascal, Wiley, MIA and Jack Penate. Since 2007, he’s held senior A&R roles at Island, Columbia and Parlophone and picked up artists including Alex Clare, Rizzle Kicks and Jack Garratt.

As part of its UK expansion, Because Music Group has also appointed Lisa Rimmer as director of sales & digital operations. She joins from Warner Music UK, where she spent four years in account management.

Emmanuel De Buretel, Because Music Group owner and founder, said: “It’s a great pleasure to welcome Laura, Lisa and Nick into the Because Music family. Lisa will strengthen our UK sales force significantly with her expertise and we look forward to Laura developing London Records, using her creative and commercial process to breathe life back into some of the incredible albums included in the catalogue.

“Nick will bring a fresh and dynamic approach to A&R for the UK label. It's a priority for us this year to grow and develop our UK repertoire whilst staying faithful to Because’s spirit. Given his unparalleled track record of finding and developing some of the most creatively and commercially successful artists of the last 10 years, I’m confident Nick will lead the UK team to great success.”

Commenting on his return to the indie sector after a decade, Huggett added: “I’m very excited to join Because and I’m looking forward to working with Emmanuel and his team. In a time where many artists question the role of the record label, it’s very clear that what Because have to offer is very compelling to any new ambitious artist. I’m looking forward to help build on the success the label has had over the last few years. Having got to know Emmanuel over the last few months, he is clearly a passionate music lover and a forward thinking business man; he’s the sort of person I want to roll with”.

The label is nominated in the Independent Record Company category at the 2018 Music Week Awards.