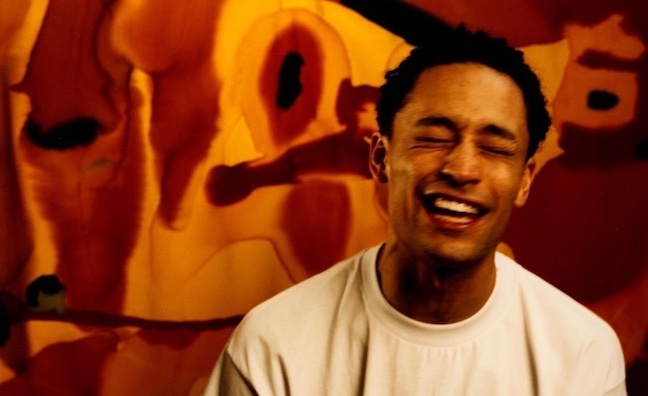 In a busy chart week, Loyle Carner’s first album in more than three years racked up the kind of numbers that would often secure a No.1.

Hugo, his third album, matched his previous chart peak of No.3 with opening sales of 16,079, according to the Official Charts Company.

Described as “cathartic and ambitious”, his first album in more than three years was recorded with producer Kwes. A 2023 UK tour in support of the widely acclaimed album has sold out.

Here, EMI’s MD Clive Cawley and senior marketing manager Jess Morton tell the inside story of the South London rapper and songwriter’s return with perhaps his best work to date…

Obviously, Loyle Carner released in a huge week with Taylor Swift and Arctic Monkeys, but Music Week research revealed his first week sales would have actually scored him a No.1 album on 10 occasions this year. What do you think that says about where Loyle stands as an artist now?

Clive Cawley: “Ben has gone from strength to strength in both his live work and recordings, he’s not afraid to press on potentially challenging topics, add dialogue to get his point across and at the same time constantly move his sonic forward to new and exciting areas. To see an artist grow like this from album to album is what we're all here for. We have nearly doubled the chart week sales from album two - from 8,000 to 16,000 - so that really shows the growth and appetite for Loyle in the UK.”

How was it on the ground at EMI during release week, with Taylor Swift and Loyle Carner - what does it say about the label that you were able to execute both so successfully in the same week?

CC: “We are here to serve all our artists with total commitment and energy at all times, regardless of whether they’re new, enormous or serving the arts on a more creative, less commercial level. The teams are set up here for any and all projects and it’s a testament to everyone at EMI that we can deliver those two to that level in the same week. It was a busy time, but we saw huge successes for both artists alongside our other campaigns, so the dedication the teams give their campaigns has really paid off.”

Do you feel Loyle's reached a new audience on this album? Or is it a case of his audience just growing with each campaign?

Jess Morton: “We’ve nowhere near finished with the campaign. As with everything the plan is to engage and hold the existing audience in the first instance then broaden the campaign out far and wide, and with this album Loyle has certainly delivered the music to do that; it's up to us to get it to as many people as possible now. Our international campaign has also been solid and the international week one album chart positions beat those of the first two albums in six countries. He is making moves in the US, too, and it's a market where Loyle is keen to do more.”

We have nearly doubled the chart week sales from album two, so that really shows the growth and appetite for Loyle in the UK

Did you try anything new for the campaign? How did you get the word out to the public that he was back?

JM: “Broader promotion and more promotion. His first Graham Norton [TV performance] is imminent, his set on Later… With Jools Holland was stunning and he was great on Never Mind The Buzzcocks. We also released more music upfront to show the expansive nature of the album before it was released. Loyle led the charge with some incredible visuals, working with creatives as well as directing the first single we released - Hate - himself.  It has actually just won best performance in a video at the UKMVAs. We also leant into the digital platforms a lot more and worked with authentic household names to reach new audiences, such as Chuckie Online, Kick Game and Paddy the Baddy. He also joined TikTok this year and has amassed over 2.5m views on his content. This married with some strong awareness campaigns with all forms of marketing. We pushed it further in every area and the results speak for themselves.”

Why is this the album that's gone biggest for Loyle? Is there anything about the songs and the content on the record that helped it connect so well this time?

JM: “This album challenged us and his audience with the nature of the album and that’s landed superbly with everyone, there is a real willingness from fans to go along with him for the ride and arguably learn through his dialogue and creativity. This album drew on some intricate themes of fatherhood, forgiveness, race and the political climate. The track Blood On My Nikes features a speech by the young activist and politician Athian Akec, who gives a searing criticism of UK knife crime. Soundbites of Loyle's father also feature on the album, looking at fatherhood in reflection and also now that Loyle is a dad himself now. There is so much to unpack in this album and a lot for people to relate to. That Loyle's music continues to connect to his fans is testament to the kind of artist he is.”

He's very different to pretty much all his peers in rap and hip-hop in the UK. That's a big strength to play into, how has team Loyle been able to do that? What are the qualities that set him apart the most?

JM: “The obvious thing that sets anyone apart is being unique, and he is certainly that. The depth in his personality feeds into everything; every meeting we’ve ever had with him, I’ve come away with some new knowledge or he’s raised questions that I’d never considered. For an artist to do that is what we get up for in the morning.”

What's been the best element of the campaign so far - the best idea, the thing that's paid off the most, the thing you're most proud of?

CC: “I could ramble on about every department’s efforts and results but I’ll just stick with album two nearly doubled album one's week one sales and this album doing almost double the volume of its predecessor – we’ll take that as something we’re all very very proud of.”

He is making moves in the US, too, and it's a market where Loyle is keen to do more

Hugo sold a lot of physical copies - was that a key focus and if so why? We've seen other rappers in the UK, Dave, for example, excel with physical - but is there an argument that this kind of success still feels rare?

JM: “We need to sell across so many different formats now to engage all the different audiences out there, so whilst Loyle is and always has performed superbly on streaming we knew we had to maintain that and grow physical to have the complete picture and a rounded campaign. The artwork, which Loyle was heavily involved with, was something we really drew out in the formats and made sure each version was authentic to the music and storytelling of the album. Vinyl is such a precious commodity and Loyle's fans are definitely aware of the art, love and attention that goes into these products and the sales reflect that.”

There's a Wembley show in 2023 - how significant is that for his career and campaign?

JM: “Not too shabby! Ally Pally was his previous biggest solo headliner, so Wembley is the next (quite large) step to make to keep that progress going. Again, it says a lot about him that he’s taken his time to make those steps and make them count. He sold this show out instantly which really reflects how far his fanbase has grown and the appetite for his music and shows. He has also just started performing the new album for the first time with a full band. They bring a new level of energy and vibe to the music and will be something to behold come 2023!”

Finally, the album's had incredible reviews, what role did that buzz have in the campaign? And is it too early to start getting excited about his Mercury chances for 2023?

CC: “Good reviews are always nice and I imagine helped propel interest. As for the Mercury, your guess is as good as mine; we’ve worked albums that should be nailed on for a nomination that don’t get a look-in and other albums who are surprising nominees or winners. I guess that’s why it’s such an excellent accolade, it’s almost virtually fucking unpluggable and unpredictable. Thank god!”