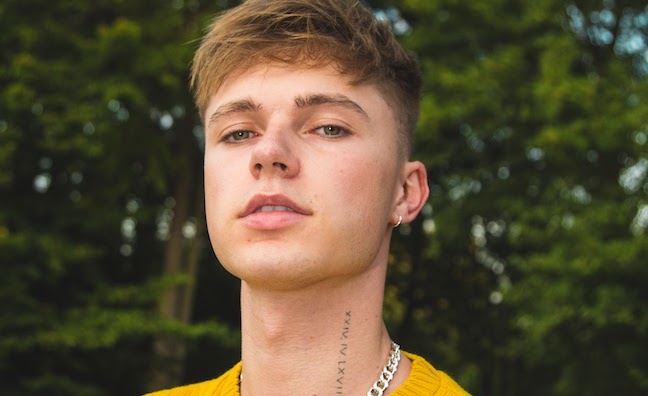 The signing comes with the announcement that Hrvy will release new music later this year and is currently working on his debut album for release at a later date.

Jamie Nelson, BMG VP, A&R, said “Spelling might not be Hrvy’s strong point, but he knows how to make great music, and we’re excited to have him join us at BMG. Thank you to Blair, his manager, our brilliant A&R Tashan Radtke for overseeing this signing, and of course to HRVY for entrusting us with the next stage of his career.”

Hrvy said: “I’m thrilled to be joining the BMG family. We had an instant connection and I’m excited to be putting new music out into the world with them. They've been incredibly supportive so can’t wait to see what madness we create together!”

With a combined one billion global streams to date and seven million monthly Spotify listeners, Hrvy already has a global reach. He previously released music in partnership with Virgin and has a silver-certified single with 2017’s Personal (285,628 sales – Official Charts Company).

According to a statement, Hrvy has moved 20,000 tickets for his upcoming rescheduled world your including dates in the UK, Europe, US, Asia, and Australia. As well as appearing on BBC One’s Strictly Come Dancing, he has collaborated with artists including Korean supergroup NCT Dream, Norwegian DJ duo Seeb, Becky Hill and Noah Cyrus collaborator Matoma, and Mexico’s Danna Paola.