Ian 'Wez' Westley on Hassle's 15 years as an independent label 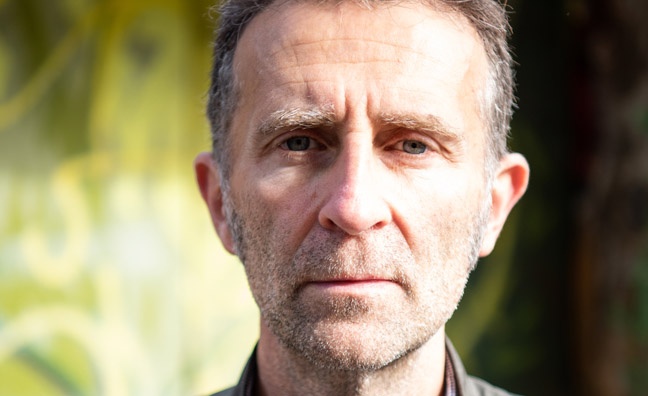 Over the years, the indie – co-founded by Nigel Adams and Ian ‘Wez’ Westley in 2005 – has worked with some of the most acclaimed and exciting rock acts, offering releases by the likes of Fall Out Boy, Alexisonfire, Alkaline Trio, Juliette And The Licks, My Chemical Romance’s Frank Iero, Trash Talk and Rolo Tomassi.

Last month the label, as part of their anniversary celebrations, unveiled a project titled 15x15, issuing a series of special editions of 15 key releases that have shaped the label’s existence.

What does it mean to you personally for Hassle to be celebrating its 15th anniversary?

“I feel by still being in business after 15 years, it means we must be doing something right! We started a label at exactly the wrong time to do so. Napster was just kicking off and it was the time when the recorded music industry was in decline – at the time it seemed the industry was in turmoil! Many labels that we considered contemporaries have since disappeared or sold out in some form, so by sticking around we now see ourselves taking part in the growth of streaming. It’s not necessarily a boom time for labels like us right now, as the genres we are releasing aren’t streaming massively yet. But it is certainly helping. I think a big reason why we have lasted this long is by sticking to our main ethos, which is to work with music we really love and people we both like and respect. Life’s too short to work on projects you’re not into and with people you don’t like!”

What can you tell us about the 15x15 project?

“In the middle of 2019 we were thinking about what we could do to celebrate our 15th anniversary, so we decided to take a look at acts we’d worked with since day one and put out very limited edition pieces of vinyl for 15 of those releases: 15 vinyl releases for 15 years. Some of the releases are on vinyl for the first time, like We Are The Ocean’s Cutting Our Teeth and Juliette Lewis’ Like A Bolt Of Lightning. Some are re-presses of titles that have been out of print for years like Cancer Bats’ Birthing The Giant and Casey’s Love Is Not Enough, so it’s great to be able to make them available again. We took real care with how we have put the releases together across all aspects of how we rolled it out. First and foremost, we’ve chosen 15 albums we're really proud of, and represent the diversity of our discography. We also put a lot of consideration into the packaging of the titles, with each being pressed onto half crystal clear/half colour vinyl, all packaged with an anniversary branded inner sleeve and belly band, and all hand-numbered. We had planned to do a series of shows in the UK and Europe with some of the current roster like Brutus and Phoxjaw alongside the anniversary but, of course, covid put paid to that!”

What are some of the standout moments of Hassle's journey in your eyes?

“It’s very difficult to pick out stand out moments across the 15 years as we’ve had a lot of great moments so far. But working with a band like Alkaline Trio and helping them have their biggest selling album and live success in the UK was great. We were also instrumental in taking Alexisonfire from nothing to being able to headline multiple Brixton Academy shows many years on, it was a really special moment for us. Juliette Lewis was also fantastic to work with and worked incredibly hard. She toured in a splitter initially with one crew member, which is incredible for such a big Hollywood star! I’m not sure people realise this but the second album sold really well and she was headlining some big venues across Europe around that album. Frank Iero from My Chemical Romance is a real gent and pleasure to work with. Frank is not afraid to put the leg work in on his own band which is amazing if you look at how big My Chemical Romance are now – he has never changed to this day! But what really gives the team the biggest buzz is taking bands that are unheard of and helping them grow to a point where music becomes their career and livelihood. We’re doing this now with our newer acts currently like Brutus, Petrol Girls, Phoxjaw and Press Club. All these bands are growing as artists and in stature. Covid has, of course, affected how we work currently, but we're working as hard as ever for our artists.”

I don’t think it’s unusual for an indie to now be involved in many areas of the business, it’s essential in creating careers. If we weren’t forward thinking we’d struggle for sure

What's the biggest difference between the Hassle that opened for business 15 years ago and the one now?

“When we started, physical sales were 85% of our business. Being a ‘traditional’ label just pretty much releasing physical records was what record companies did back then and we were certainly no different as a pure record company. But fast forward to recent years and revenue now - as with most labels - comes from streaming, and digital is such a core focus, alongside a large increase in vinyl sales. We have also diversified a lot since then and, while the label business is still the main area for us, we now also manage acts, publish acts and in some instances arrange tours and live events. I don’t think it’s unusual for an indie to now be involved in many areas of the business, it’s essential in creating careers. If we weren’t forward thinking we’d struggle for sure.”

What distinguishes Hassle from other labels out there?

“It is hard to say how we differ from other labels as everyone works in a different manner, but what I will say is that we are a privately owned business. Myself and Nigel Adams own the company together and are equal partners. So we’re not beholden to anyone but ourselves, the bands, and the team that work with us. Nigel and I discuss absolutely everything and make decisions quickly, which hopefully means things actually get done! We’re also all about the detail. We leave no stone unturned and try and make sure that the fans who pay hard-earned cash for the band's releases aren’t disappointed in any way. It’s also worth adding that all of us at Hassle (and Full Time Hobby, the other label) are still real music nuts – to work for an indie I think you have to be! You have to be close to the music you’re working with and understand the culture around it and I’m not sure all labels operate like that. I think that helped us form an identity. We haven’t intentionally gone after a particular look or sound but we sign what excites us so for Hassle, that just happens to be heavier guitar bands usually.”

What have been the big lessons for you during the pandemic?

“It’s been as tough for us, as it has for everyone. Physical retail being shut has hit us hard, as has the bands not touring as well. We sell a lot of stock on the road when the bands tour, and it’s the main way we grow our bands still in terms of exposure and promotion. Online streamed gigs can work well to an extent, but you can’t beat the buzz of seeing a great live artist at a show. Our main lesson learned has been not to panic, and communicate with the artists. The artists are our lifeblood and many are hurting financially and, of course, mentally so we’ve been touching base with them all at regular intervals to discuss how they are and what we can all be doing to get through this very tricky time. It means a lot of conversations about recording and scheduling/rescheduling, and also about how they as individuals are getting through this. It’s so important to keep that open dialogue. I will say however, what has been an eye opener about the pandemic is the fact we seem to be as busy as ever. Initially we thought we might be scrabbling around for things to do but that’s not been the case at all.”

“The end of 2020 and start of 2021 will see us releasing more great bands and artists. Phoxjaw, Gloo, Madmess and Cuffed Up are all part of our new breed of artists. We’ve also started a vinyl re-issue label called Hassle Hindsight that’s just launched its third release (Skindred – Roots, Rock, Riot) and so far things have been good there. The first two releases were Reef's Replenish for its 25th anniversary and Kerbdog's two albums on vinyl. We’re just going to stay busy and encourage the artists to keep writing and creating and we’ll keep releasing their work and trying to innovate.”